A Turing Test for Leadership?

Jun 25 Posted by etedprince in Leadership 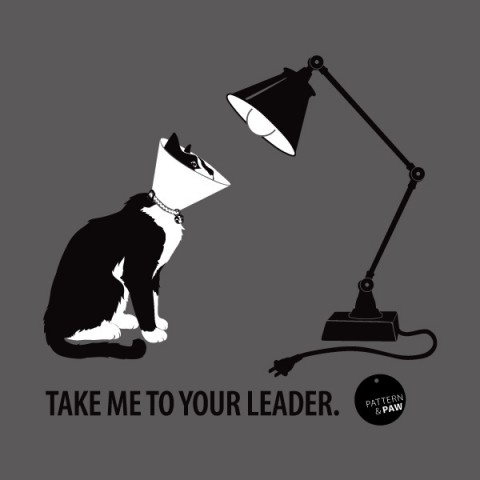 Did you notice that the next Apple developer’s conference will focus on Siri? Meanwhile the digital assistants’ wars have heated up with Google Assistant, Microsoft’s Cortana and Amazon’s Alexa. These all aim to create a human-like assistant that can interact through voice.

Nor are these the only entries. We also have Watson from IBM, NELL from Carnegie Mellon and Cleverbot from Rollo Carpenter. So the race is on to create a program that can work with us indistinguishably from another human.

You might have heard of the Turing test? It was devised by the British mathematician Alan Turing to judge if a computer could be distinguished from a human in a test where the human chats with either a program or a real person via a computer interface.

Periodically competitions are held to see whether a computer program can equal or better a human in interacting with humans. A computer won for the first time in 2014. Here’s the test. “If a computer is mistaken for a human more than 30% of the time during a series of five minute keyboard conversations it passes the test”  In 2014, program Eugene convinced 33% of the human judges (of 30 judges) that it was human.

Since then there’s been a lot of carping about what this means and whether it’s a meaningful result. But you can forget all of that. The indisputable fact is that these programs are getting smarter by the day. Just as a computer recently beat a human for the first time at the board game Go. AI programs are rapidly closing the gap in simulating human interaction.

It’s only a question of time before the computers win the Turing test decisively. We can expect advanced versions of AI programs which will give us advice and even solace, as I pointed out in a recent post (“No Thrills Mom - Towards the Giving Car”). At that stage the programs will no longer be a curiosity or just an assistant. They will become full-fledged companions, as in the movie “Her”.

So what comes after that? Is that the end of the road for AI? Here’s my guess. The next step on the road will be a Turing test for leadership. That is programs that can act as leaders so well that they cannot be distinguished from human leaders. For the sake of convenience I’m going to call this program Turing-L.

That might seem to be an impossible objective. By comparison it’s head and shoulders above the almost-humdrum task of creating a human companion. Now we’re talking about a superior being that’s capable of being anyone’s boss. One that can coach, advice, guide, mentor and order you around in things so you can perform better than if Turing-L did not exist.

Where would you start in creating Turing-L? Well for starters there’s a myriad variety of assessments for leadership qualities in people. That includes my own entry which tests people for their ability to create capital and profits, a hitherto unknown leadership assessment niche. You could start the development of Turing-L by basing it on an amalgam of these assessments to give it a framework for how to act as a great leader.

Of course, this would only be the beginning. The huge new advances in digital assistants mean that there is now a panoply of new approaches and techniques that can add to these traditional leadership approaches.

But in principle there’s no reason why the development of Turing-L should not be possible. Who knows, it might already be under development at some secret location managed by DARPA, the Russian or the Chinese militaries. Or just in Amazon, Google or Facebook.

So what would you use Turing-L for? I have a few ideas, that span the spectrum from immediate and more practical to – well make your own judgment after reading on. These below are the more obvious ones.

Could computerized leadership be used in the system of international justice? Instead of jailing a wayward leader, as currently done by the International Criminal Court, could we make part of their penalty a probationary period being supervised by Turing-L, with a suitable enforcement mechanism of course? Could this be a necessary addition to supranational regimes to hold leaders to account? Could it be a vital element of the next United Nations? One that actually works?

But there is another possibility. Maybe we could use Turing-L to replace human leaders with leadership that is just better in every way. We already know that self-driving cars are almost certainly going to be vastly safer than cars driven by humans. Could it be that computer-driven leadership using Turing-L would result in vastly better leadership outcomes than using capricious and unpredictable humans?

As I have mentioned in another post (“Space will be the New Driver of Global Economic Growth”), I don’t think it’s going to be long before planetary colonization is going to be fully under way. Then we are going to get colonies of humans on other planets and in space colonies.

When a colony in a star-ship is traveling on its own far from Mother Earth, can we be sure that these colonies will select and develop the right leaders? We’ve always been worried about such colonies going rogue on us. Could part of the master-plan be that such colonies would be led by Turing-L or its successor rather than by humans? Might it at the least be prudent to have a computer-guided leadership backup rather than just wait for the extant leadership team just to fail and condemn the whole enterprise?

Leadership in space in remote colonies increasingly disconnected from Earth might well be the first big application of computer-based leadership. Turing-L is a way-station in this progression. We might scoff at such ideas now but – maybe in an emergency – suddenly discover we need wise and smart computerized leaders sooner than we think.