Could augmented reality save affordable housing?

Jun 09 Posted by etedprince in Government 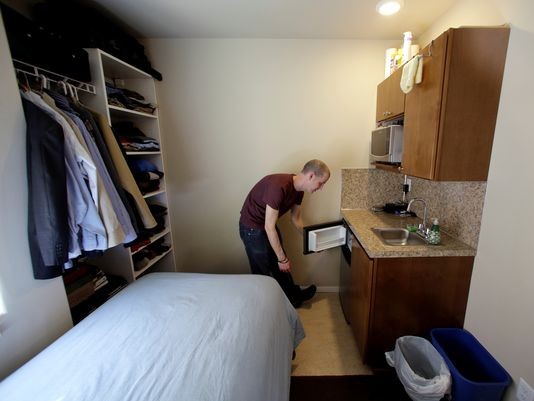 Did you see the one where 95 affordable apartments were offered for rent in Ye Olde San Francisco recently and 6580 people applied? So much for being poor in the richest city in the US.

In a similar vein, I keep on seeing all this stuff about foreign heads of state being entertained at Mar a Lago. Hmm, that sounds like there’s a tin ear somewhere in politico-land. We might be in the middle of a boom, but that doesn’t mean low-income people are getting their share and drawing their attention to luxury mansions probably doesn’t make them feel any better.

There is a national shortage of affordable housing in almost every county in the US. So far no-one has much of a solution. Social activists have been taking about the potential for affordable housing to lead to a sea-change in the plight of low-income and homeless people. So far they have almost nothing to show for the effort except for a few high-profile but low impact neo-projects in improbable locales. We need some fresh thinking here methinks.

But there’s one that has been hovering just over the horizon. That is the idea of building micro-apartments. They are just a single room with a toilet, kitchenette and common living space. That’s about it. But it would meet the requirements of millions of people at a cost massively below what is available now.

That might sound like a good deal to many, but obviously the idea hasn’t caught on. Why not? Surely this could be the answer to a maiden’s prayer?

Here’s my theory. Practicality is one thing but people often don’t buy just because something is practical and cheap. They want things like entertainment value, fashionableness, excitement, sex appeal. A one-room apartment on the 19th floor of a high rise, with an inside facing window doesn’t sound like it’s got any of that. So what can be done?

Remember when virtual reality was an item? Then it kind of disappeared. But now suddenly it’s on the agenda again. Oculus just announced a new breakthrough VR headset. Microsoft was not to be pipped at the post and so just announced that it has launched a new VR headset for Windows 10. And now Google has joined in with its headset offering. In particular it has just announced its new AR product ARCore. This brings AR to the masses. Could there be a 3D pony in here somewhere? Could it actually be of practical use to those who can’t afford real homes?

The difference with this new generation of headsets is that they are totally wireless and so allow you to move around without being tethered to some sort of box that restricts your movement. ARCore allows you to share your AR experiences with others on their goggles or phones. That opens up new worlds of possibilities that take you way beyond (mere?) games.

You know that VR and AR are kissing cousins. The difference is that the AR kind allows you to see what’s going on in the real world, overlaid with your fancy-schmancy scenes, in this case real estate. These new VR goggles plus AE are not going to be just for entertainment but for joining the digital and real worlds. Could we do that for affordable housing?

Could we convert these micro-apartments into what we could call AR-micros? Using these new-fangled goggles you could fashion the affordable but oh-so-boring roomettes into a virtual mansion, ranch house, palazzo or a beach-side condo that are a vivid extension of the real world you live in. Just put on your goggles and go.

You could choose whatever you want. Imagine, your own Mar a Lago for the price of a cheap motor-bike! All just in exchange for walking around them in VR goggles! All while you do your washing! Your room-mates get to be in the same environment that you see too!

There’s a few trifling details that need to be sorted out. If you start walking with your AR goggles on, pretty soon (like instantaneously) you’re going to bang into the wall.   If you can’t strut the length of your vast territories that kind of negates a lot of the appeal.

So how about multi-directional rollers in the floors that allow you to simulate walking miles and miles through your virtual domain, checking out the 106 guest bedrooms to make sure the servants have made them up properly, with the software taking care of the details of your step length and direction? That would do it.

That’s not all though. Since the real micro-apartment has only one small piece of furniture (maybe a combined bed/chair/table) how do you sit down in in that fancy Chesterfield in the upstairs library? Well how about reconfigurable furniture, made out of 3D templates, and assembled in real-time by a robot? You know, the ones that have just been introduced to assemble your Ikea furniture without you having to lift a pinkie? That, or some variant thereof, should do the trick.

Here’s another thought. Once you go AR-micros, many building limitations are avoided. Who needs windows when what you can see from your AR goggles is so vastly superior through your wrap-around scenic walls? Now the builder can make it part of  micro-apartments that can be stacked in such a way that it doesn’t matter if they have no views, externally or even internally, consistent with safety and ergonomic requirements.

I can go even further with the possibilities. If I have a couple of people in this AR-micro, each with their AR goggles, I have a captive audience. Could I use it to train them in something, say coding, manufacturing operations, basket weaving? Could this be part of a vocational retraining effort for workers displaced by tech or robots? Now my AR-micro isn’t just affordable housing, its job retraining to address industrial change.

Now I’m sure I haven’t thought of everything, but you get the general idea. With what some might think of as just a little imagination and forethought we could make a pig’s ear into a silk purse, maybe even more. Imagine, you could even live in a different home every day, Florence canal one day, Mars desert-scape the next.

We’re not just talking about the US here either. How about the teeming slums of India, Africa, the Middle East and so on. What might strike some as being marginal in attractiveness for the US might be a living game-changer for a poor person in much of the rest of the world.

There’s huge potential in bringing online and offline together in new an imaginative ways. Housing would be a great place to start.

That’s my tiny, micro contribution to the affordable housing crisis.