Jan 24 Posted by etedprince in Economics and finance 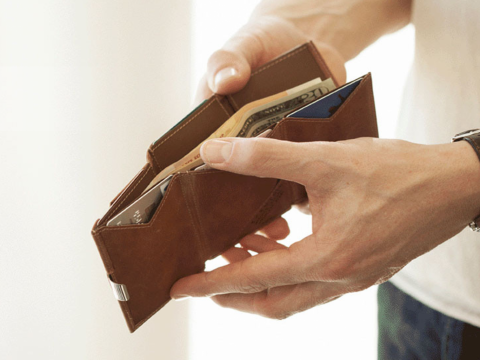 For all the angst about the problems in the US, at least we still lead the world in innovation, right? Not so fast, read on for this telling little story.

The US Is still in the throes of deciding which e-wallet it will use. There’s a ton of them around so mass appeal is limited until John Q. Public makes up his tiny mind. Then retailers can finally standardize. But it’s a work in progress to say the least.

I get to China quite frequently. So I observe with great interest trends there. A big one is e-wallets.

I guess you have heard about WeChat? It’s the Chinese messaging service owned by Chinese tech company Tencent. It’s kind of like WhatsApp, but much, much better.

Of course WeChat offers all the usual goodies for a messaging service including not just texts, but video and a social network that is a kind of Chinese Facebook (which of course is banned there).

But that’s the least of it. WeChat also has its own e-Wallet that you can use in convenience stores, cinemas and the like. And it’s had it for a couple of years. Also it’s big, already pretty standard in China. Hmmm, we’ve been talking about that for a few years and still aren’t there yet. By the time we get there WeChat will certainly have jumped another huge leap ahead.

That sounds pretty neat huh? Well, there’s even more! WeChat now makes loans through its service. You can actually get a loan of up to $30,000 in literally seconds! No application forms, going to your local bank, interviews etc. No bank!

Even that isn’t all! You can also make investments in mutual funds through WeChat. You get high yields (but we’ll see how long that lasts as the economy slowly implodes). You do it all online. Again no application no forms, banks, tellers or the rest of the traditional paraphernalia of traditional investing. There are other companies such as Alipay in China offering the investment service but they aren’t doing it through a messaging service.

WeChat’s investment services are so popular that the Chinese government has put a limit on how much consumers can invest through this service. Ostensibly they want to protect people against fraud but the real reason is to protect Chinese banks, which are mainly State-owned. They are losing massive amounts of market share. They are already in trouble as their loan portfolios look ever-shakier and the last thing the government wants is a mass exodus to agile innovators such as Tencent and WeChat.

So clearly the banks in China are facing a fast-moving potential existential crisis. That may be a portent of things to come in the US. Of course, we’re 5 years behind the Chinese but even here it’s going to come. What happens to the US banks and mutual funds then?

BTW another little story. It’s about car-sharing and taxi apps in China. China has Uber but it’s relatively small compared to the home-grown offering of Kuaididi. And these are sweeping the cities just like they are here in the US.

But there’s a twist. In Chia the taxi services are fighting back and have their own car-sharing apps which are just as good as those from the upstarts. Of course you still get surly cab-drivers in dirty cars, just like here, but at least you can get them quickly whenever you want. That’s a lot more advanced than our taxi services in the US which have been painfully slow to cotton on.

The upshot is that Chinese consumers can now get around with no cash at all. No matter if they are at the cinema, convenience store or getting a cab or car to get there, it’s all on their phone. That’s a lot more advanced than we are in the US.

There are a lot of things wrong with China and this is not to extoll the system. But the saw that we are just the world’s innovators here in the US is losing a lot of its luster. In some areas we are falling behind pretty badly.

Yet another story. In Africa – you know that really backward continent that is still a joke to many people – mobile banking has taken off and is way ahead of what we are doing in the US, and in some ways even ahead of what they are doing in China. But this banking has no branches; it’s cut out the middleman.

What we now have to ask is: are banks becoming obsolete? It is certainly starting to look that way in places like China and Africa.

Of course in the US we are behind these these two so-called backyards so this is an even bigger issue here.

Despite all the excitement of Silicon Valley and the unicorns, the writing is on the wall.

The US can be knocked off its perch and it might be coming a lot quicker than we all think.