Is alcohol worse than smoking?

Sep 08 Posted by etedprince in Health 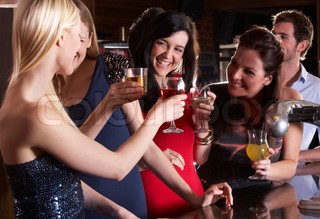 I’m sure you noticed the recent report about drinking alcohol. It’s based on an article in the Lancet, the British medical journal. Its well-known to be an authoritative source so that gives the report a high level of street cred.

In sum, the article concludes that there’s no safe level of alcohol. No matter how little you drink, it carries a definite risk of getting some form of cancer. So, having the odd snifter is no longer one that you can feel is not doing anything bad. Forget all that stuff about a drink a day being good for you.

There have been a spate of articles by journalists and others saying that the study takes things out of their true perspective and that you shouldn’t worry about the odd drink coz the risk is so small. Hmmm, I wonder what gives there? I’m old enough to remember when people, including many journalists, used to say that there was no little or no risk in smoking and you shouldn’t worry your pretty little head about such trifles. We all know where that ended up.

So, the risk from drinking is mainly the much-increased risk of getting a large variety of cancers. But there’s a risk to your heart. And of course, you might end up an alcoholic, which carries its own levels of problem.

But I’m here to tell you something that I think everyone has forgotten, even the authors of the study. It’s related to the mutagenic effects of alcohol. We now know that alcohol can cause genetic damage, in particular we now know that it causes irreversible damage to stem cells. And no, I’m not saying that the authors didn’t know about that aspect of alcohol drinking. That aspect just explains why you get cancer.

But here’s what I suggest is the true comparison between smoking and alcohol consumption.

Smoking is clearly very risky and if it gets you, it does so with nasty things like cancer, heart disease and maybe other nasties like pancreatic cancer. But its effect is on the smoker herself in their lifetime. At this stage it doesn’t appear to have the same genetic impact as alcohol and therefore the epigenetic impacts on your ancestors.

Which is not to say it doesn’t have a genetic impact. It does indeed. In fact it leads to hundreds of mutations in smokers. But these mutations are primarily in the lung cells of smokers. So, the smoker is affected drastically in their own lifetime but not beyond.

In other words, it seems that alcohol is much more democratic than smoking. Alcohol goes way beyond lung cells, probably because, once it is digested it travels through the blood stream to everywhere and to every organ in the body.

True; in smoking the air gets to your blood stream too but by then the lung cells have taken the brunt of the punishment. So, alcohol, even if it has less primary impact on a drinker, seems to have far greater impact on all the body, not just a part of it.

To the contrary, alcohol’s main impact is most probably epigenetic. Even if you, the drinker, don’t get any sort of cancer, the epigenetic effects are that you pass on damaged genes to your succeeding generations. In other words, there is a risk to them. For all we know it might be much greater than the risk to you.

We already know that alcohol abuse tends to run in families. So, this is just a mechanism to extend the ill-effects of its use, this time epigenetically.

So, here’s my take on all of this. The observers who say that the risk of alcohol is only very small might even be right. But what they mean by that is that it’s small for you, the drinker. They haven’t thought about epigenetic effects and those effects on your descendants unborn and yet unknown.

Smoking kills the “right” people on this reading; that is the perpetrators who abused their bodies in this way. But it doesn’t kill the unborn (unless the smoker is a pregnant woman).

Alcohol impacts the wrong people; those yet unborn who don’t even know what alcohol is and might never even use it. But their overall genetic risk of getting some sort of cancer will be elevated and material as a result.

There’s a more general principle here. Epigenetics is so new that we haven’t yet integrated it into our mental and especially our medical frameworks.

We are to a large extent still living in the old world of genetics where you bequeath a genome to your descendants which is a tabula rasa so to speak; its clean and untrammeled. They can screw it up as much they want but you left them with a clean start.

In the new world of epigenetics, bad choices you make in life can well be transmitted to these unborn generations. They must bear the brunt of any irresponsibility or bad choices on your part.

It’s a much wider issue. We still haven’t come to grips with it. It’s like the national debt bomb we are bequeathing to our benighted successors, or the plastic-ridden ocean, etc. ad nauseam.

The debate about alcohol is in the same vein. It will force us to think about these terrible choices, which we normally just sweep under the proverbial door-mat.