Should nuclear proliferation be encouraged?

Sep 23 Posted by etedprince in Government 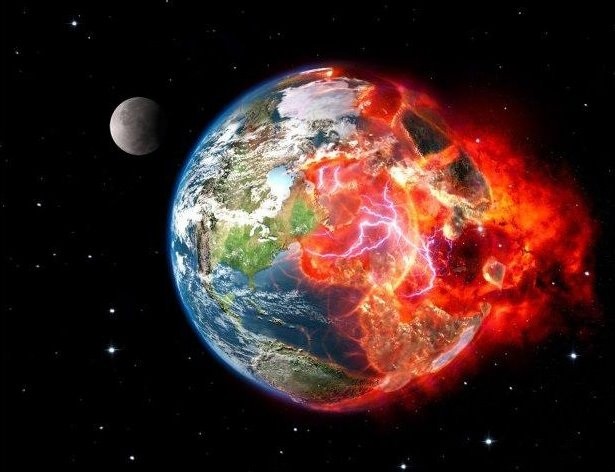 I guess you might have seen that the UN has just opened up for signature a treaty that would ban all nuclear weapons? The big (nuclear) guys have already announced they won’t sign it. What a great start!

So nuclear proliferation is bad right? We should ban all nuclear weapons? Nonproliferation has been the core principle in international relations since after World War II. It and MAD (Mutually Assured Destruction) have kept us all safe, so the story goes.

But now the NNPT (Nuclear Nonproliferation Treaty) is breaking down. Iran, North Korea for starters; many claimants in the wings, including probably Japan, South Korea, Saudi Arabia, Vietnam? The Bulletin of Atomic Scientists has recently changed the nuclear Armageddon clock to 2 minutes to midnight. Looks like we need to rethink this whole issue.

Is keeping nuclear weapons off the street such a good idea? When you restrict them to a club someone is bound to want to gatecrash. What would happen if everyone who wanted them had nuclear weapons? Would the world be a safer or a more dangerous place?

First let’s recognize that there’s no way we will stop Iran and North Korea from becoming full-fledged nuclear powers. It’s a done deal so let’s stop wasting our collective time. And if Japan and Saudi Arabia want to move there too there’s not much we can do to stop them if they really get the bit between their teeth. So we’ve got at least 3 or 4 new nuclear powers waiting in the wings. Is that better for us all or even worse?

And of course, economic sanctions don't work. They’re a joke. It’s amazing that our policy makers don’t have more imagination. So we need another approach that’s radically different.

If Japan and South Korea develop their own nuclear weapons do you think that might give pause to North Korea? I would think so. And if Saudi Arabia gets the bomb, would that also retard Iran in its global ambitions? Probably. And if Latvia, Estonia and Lithuania got them, and then Finland and Sweden to boot, do you think that might slow down Russia when it wants to do its next Crimea; would that be likely to slow it down or even prevent it? Yep, probably.

So here’s an idea. Instead of telling North Korea we will add more sanctions, which is useless anyhow, why don’t we tell them that unless they cease and desist we will immediately start on an aggressive push to help Japan, South Korea and Indonesia to develop their own nuclear weapons. Do you think that would impact their calculations? I think it would.

The problem right now is to the extent that the US even wants to be the world’s policeman, when it really doesn’t, no-one is going to take it seriously these days. The mighty US has mostly lost its fangs. So if the US makes threats, people are disinclined to believe them; witness North Korea’s repeated provocative missile and nuke tests. So the only way that other countries that were relying on the US to safeguard their safety can preserve it now is to go it alone.

It doesn’t make sense for the US to threaten retaliation when it’s clear that you can’t rely on us to follow through. In that sense, relying on other nations to get the bomb would promote, not retard global safety from rogue nations.

We used to think that a multi-polar world meant adding biggies like Iran and Japan to the equation. It’s now becoming clear that multi-polar also means adding minnows. Of course that includes the likes of North Korea, Saudi Arabia and others we have really never considered to be serious contenders. How about a Scandinavian pole for example? Baltic? African? Multi-polar means multi-nuclear. It means multi-minnows. Maybe it’s the only way to keep the rogues in their place.

It’s time that we discard the shibboleths we’ve held since the end of World War II. Restricting nuclear weapons to the club of old possessor nations is one of the biggest. The only way of safeguarding world peace these days is to enlarge the nuclear club so that every nation becomes responsible for responding to the global bullies and psychopaths out there.

Yep I know, nuclear proliferation could lead to the very nuclear holocaust it’s trying to avoid.

If you find a better way, please let me know.