What have Octopuses got to do with Leadership?

Sep 19 Posted by etedprince in Leadership 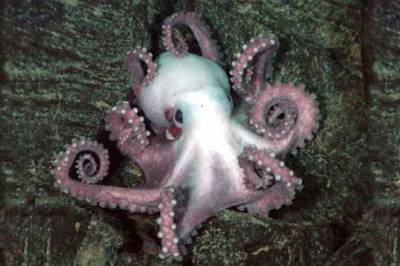 Well, you gotta think outside the box occasionally right?

I got the idea from the Economist that recently published an article on how octopuses think. Apparently they don’t really have a central brain like we humans. Instead their neurons are dispersed around their body, especially in their tentacles. So actually they think with their tentacles not with their “brains”. Neat right?

There must be something in the water (octopuses of course) that has recently led to a spate of articles on octopuses. Like how they mate, for example, obviously it must be complicated. And how they can use tools , so they must be on the brainy side. I think the editorial motive is to show that even if you think with your limbs, that’s not necessarily bad. Diversity, you know. Or an interest in aliens. Who knows?

But actually there is some serious fodder to be found here. I have already done a couple of blog posts on a trendy subject called embodied cognition. The idea is that, even in humans, a lot of our thinking goes on outside our brain and specifically through our peripheral parts including our limbs. In fact Perth uses it as an innovative way to change behavior and for a new way of coaching people. We call it proprioceptive priming.

The idea behind all this is that you can lead your brain into making behavioral change by using appropriate types of movements. So instead of thinking how to make changes that will make you a better leader but which are uncomfortable or even painful to make, you put in place the appropriate sequence of movements and they will prime the brain to move to the right or appropriate behaviors.

In other words, we can impact and improve leadership by using kinesthetic rather than cognitive approaches. We could dance our way to becoming a better leader for example, as long as we know the right dance moves. Or, if we have decoded the moves, we can use sports and athletics as another means to becoming a better leader. That’s no doubt why someone with no education but much sporting prowess can sometimes become an outstanding leader.

Of course, this is foreign to current leadership approaches which mostly stress educational approaches, personality assessment and social and emotional skills. That doesn’t mean that these approaches aren’t useful in their own right; just that they might be – probably are – missing something really big.

I don’t even recall anyone linking embodied cognition with leadership although to be fair, sports and leadership are often linked, albeit without any theoretical basis that makes the link useful, actionable and replicable to real leaders in real life.

So this mode of thinking does lead to some useful and maybe some invaluable insights. Like:

So maybe the arcane subject of octopus neurology has more relevance to humans in the real world than we might have thought at first.

Will we soon see a new and trendy topic in leadership courses: “Leading like an Octopus?”