How About Special Visas for Home Care Workers? 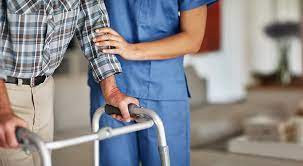 Who Cares About Home Care?

How things change! A lot of Americans don’t want immigrants, especially the undocumented ones. But now we have a humongous labor shortage. So much for restricting immigration.

Nowhere is the problem more acute than in home care. These days the only home care workers, other than spouses and close family are foreign. These are not jobs that Americans want to do. So, the upshot is that families and spouses caring for family members with disabilities can’t find home care workers for love or money.

That means that their family members with diseases such as Alzheimer’s and Parkinson’s have only close family to fall back on, Check out this dispiriting account of a wife aged in her 70s trying to find home care help for her 72 year old husband who has Alzheimer’s (For Older Adults, Home Care Has Become Harder to Find).

Of course, the problem is not just for the disabled themselves, it’s their carers who suffer too. They are often forced to provide care 24/7 with no respite, leading them to have health problems too. Not to mention the financial difficulties.

Across the US there are millions of unpaid carers, family members mostly, who are staying at home to provide care for their loved ones, in the process burning themselves out, and financially struggling because they can’t ever leave home to work at a job.

And yet there at the southern border, not to mention all our borders are millions of people who would be happy to do such jobs and who have the skills to care for them. These carers-in-waiting could solve the problem almost overnight if only the Federal Government would change the visa system to allow it.

No, I’m not suggesting that we let in millions of Mexicans with a get-out-of-jail free visa. What I’m suggesting would look something like this.

I envisage a new class of visa with a limited stay, in effect a guest worker visa. It would have a currency of, say, 3 years. The applicant for such a visa would have to speak English and have to be under 50 years of age. I’m not suggesting we use the existing guest worker schemes since they are already in use and farms and the like that use them will never be willing to give up their industry guestworkers who are already critical to their industries.

The potential home care workers could already have a home care certification, or they would be required to gain such a certification immediately after entering the US. The course would be a month or so and the visa applicant would have to pay for it themselves. People who have legitimate nursing credentials could be fast-tracked. After 3 years the visa holder would have to return home.

Such a system would go a long way to solving the chronic problem we have in home care, which has become even more serious with the pandemic and the ensuing shortage of workers. It would give relief to millions of family carers who themselves are facing acute health issues, not to mention financial problems.

It would provide an outlet for deserving migrants who would be happy to provide such services in return for a special home care visa. The politicians would look like heroes since they actually solved an urgent problem. The visa would also relieve the current pressure on the immigration system which is close to breaking.

No Alzheimer’s Drugs Either

I’m sure you’re aware that there are no effective drugs on the market for Alzheimer’s or dementia generally. The FDA has compounded the problem by approving a drug which ix clearly not effective. So not only is the Federal Government derelict in doing anything to solve the problem of a lack of carers, but it is also approving a drug that not only don’t work but costs huge amounts of money that very few disabled seniors or their carers can afford.

It’s not as if these foreign home care workers would be taking jobs away from Americans because Americans don’t want these jobs anyway. They don’t pay enough and are regarded as being dead-end by most Americans. So, the new system wouldn’t be harming Americans. It would just be benefiting those aged seniors who are disproportionately suffering from neurodegenerative diseases for which there are no drugs yet and maybe won’t be for a long time to come.

Don’t we owe it to those disabled seniors to offer them a lifeline so that they don’t suffer even more in their old age? And how about offering the lifeline to their family carers too; a suffering but long-silent mass of people also again who just want a little bit of help in this chronic personal crisis they are condemned to as captive home carers with no respite and relief?

Help Grandma, Not the Fat Cats!

We already have a sort of guest worker system in the US. It applies to agricultural workers and fruit-pickers. That benefits business and farms. If we, do it for business why can’t we do it for family carers, millions of whom are not receiving the benefits received by farm owners and agricultural businesses?

Not that I’m suggesting we change other parts of the immigration system. It’s got a lot of moving parts and it’s too complicated to tie a home care worker visa to the rest of the immigration mess. I just want to help all those ill seniors and their family carers. Is that too much to ask for from our political class?

The Universe of Things Is Next
Leadership Undaunted: Space Tourism Says America i...