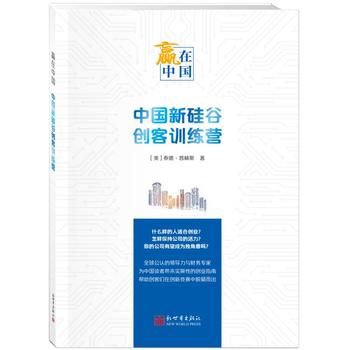 Life is full of surprises. I never planned to write this book. Actually I never even wrote it deliberately, or at all. It just kind of wrote itself. How could that be?

For 5 years I was a columnist for the monthly magazine Top Capital, that focused on entrepreneurship, startups and investments in them. I wrote many articles around that general theme. When you’re a monthly columnist you don’t have a grand plan. Your only aim is to write an article in time for the next issue. Once you’ve done it you now have the onerous task of thinking of a topic for the next issue.

My editor, Anita Zuo and I developed a symbiotic relationship. Sometimes she would suggest topics to me and sometimes I would get my own ideas. So, at least for the purposes of my monthly article, we functioned as a single brain. It worked so well we never even had to talk about it. And so the articles flowed.

After several years, I started to wonder if these articles could be formed into a book. It seemed unlikely since neither Anita nor I had ever thought of such an idea. We were just too busy with getting the next issue out on the street. But Anita was receptive and started looking around for a publisher. The result was this book.

So how come it is possible to convert random articles into a book which should be the result of at least some kind of grand plan? Wouldn’t the result be a mess of unrelated articles?

Have you ever heard of sleepwalking? It’s the idea that we often do things unconsciously that have a larger purpose. It’s a real phenomenon.

We now know that much of our behavior, maybe most of it, is unconscious, even irrationally so. But the interesting and surprising thing here is that the sleepwalking wasn’t just conducted by my brain alone, but also by Anita’s. The book did indeed have a grand plan. But this time the sleepwalking was done by two brains, not one. I don’t think that phenomenon has even been written about.

So here’s why life is full of surprises. It’s that a series of articles without any formal grand plan did indeed have one, but neither me, the writer, nor Anita, my editor, knew it. If you don’t believe me, just check out the book. Does it look random and disorganized to you? Nope. Quite the opposite. Our unconscious minds had worked it all out in advance without us even being conscious of it.

So what was the grand plan? Actually it was an amalgam of my experience running companies, usually tech companies, in a variety of locations and contexts. But these locations were all what could be loosely termed a type of Silicon Valley. They existed in places like Australia, Boston, New York, the UK and, of course, Silicon Valley itself.

I’ve detailed these experiences in Chapter 1 of the book. But the articles I wrote as a columnist were all based on experiences in companies and tech startups in all these places. So it was the most natural thing in the world for the book to be about a new Chinese Silicon Valley, because that, in essence, is what the magazine actually aimed to do. As they say, there are no accidents.

Well, maybe there are. I have run several companies as a CEO. I shudder when I remember how totally clueless I was in my first CEO job. No-one trains you to be a CEO. There are no courses to be one. You start your first gig as a CEO with no knowledge and experience as one. That’s why so many first-time CEOs fail. I was very lucky to have understanding shareholders and investors in my first few CEO roles.

But there you go again, my unconscious mind sleepwalking to another goal that I knew nothing about at a conscious level. I thought I was writing articles about young tech companies. But what my brain was really doing was guiding me to provide lessons to founders who were set to become CEOs so they wouldn’t be as a totally clueless and ignorant as I had been when I was in their place. What my brain was wanted to do was to show these founders how to avoid all the awful mistakes I made.

The articles I was writing were actually how-to guides. Like how to bake a cake, repair an engine, build some cupboards. My brain didn’t want me to write another piece of management theory because that would never have helped me so it wouldn’t help them either. It wanted to give simple lessons with easy steps for young smart kids who were suddenly being thrust into a role they had never prepared for and mostly never imagined they would ever fill.

So actually, even in those areas, my articles weren’t random, even though I didn’t know it. My brain was calculating each time on what subjects a founder was most likely to fail, and then to give a quick and easy guide how to avoid it. And every time Anita Zuo gave me a suggested subject, my brain immediately assessed it to see if it fit into that idea. It almost always did.

All of this shows you that we are all subject to deep influences, both from inside each of us, and from outside. One of the techniques you have to learn as a founder and CEO is how to use those influences. That’s another book though.

So my acknowledgement and thanks to Anita Zuo and her colleague Blues…who worked with me to suggest topics, and edit and translate the articles from English to Chinese, a difficult task given my somewhat convoluted English style. And thanks to New World Publishing in Beijing and to Yan Kuanzheng and to Chenxi Li who worked on the editing of the final book and oversaw the translation and the publishing process.

I hope that, together, we have helped create a primer on how some of China’s smartest and most creative young entrepreneurs can create Chine’s own Silicon Valley, but even bigger and better than all the others out there. We all benefit from such cooperative competition.