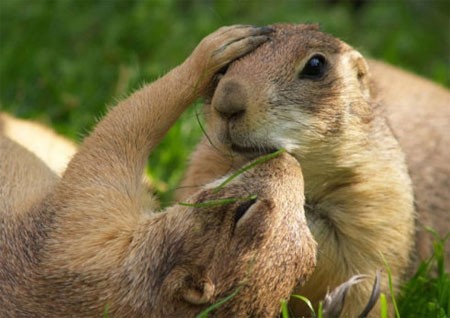 OK so I went whale-watching recently, my token conversion to greenery. I actually saw several whales! Humpbacks actually. The interesting thing is that all the ones I saw were in pairs. Our helpful guide told us that these were always couples, male/female. But, she added disapprovingly, the male escort was always temporary; they have their way with the lady and then they move on to fresh (oceanic) pastures. Pretty flighty these male humpbacks, or so it seems. You wouldn’t find human males doing that, right?

But here’s the question that occurs to me. Sex or not (obviously sex), are these two whales in love, as distinct from lust? Can whales fall in love? For that matter can any animal fall in love? I mean isn’t falling in love especially human? Animals are just too base to experience it? And if that wasn’t the case, would animals be therefore somehow become magically elevated to our own special exalted level, God forbid? Wouldn’t that change the state of nature and our rightful place at its apex?

So to “Happy Feet”, the movie. Some of you with kids might have seen it. It’s the story of a penguin “couple”. Sure as hell looks like a human couple, actually worse, with the dad totally henpecked and right under her flippers. But mom and dad sure look like they are, or at least at some stage, were, in love. Of course, that’s just film-makers taking their usual liberties with the truth, right? In any case, even if they were in love, how could we ever prove it? It’s just in their heads right? That’s a no-go area for us humans, no matter our prodigious smarts.

Well here’s a turn-up for the books. We can actually do that, namely show if animals truly are in love. How so? By the infamous love chemical, oxytocin. Oxytocin levels go much higher when we feel affection for someone and sky-high when we are in love. Guess what? We can also check the oxytocin levels in animals too! And we can show pretty conclusively that falling in love can even happen with two different animals, in the case cited here, between a terrier and a goat referred to here! Think of that as being the animal answer to transgender. They’re not as stupid as they look, those animals!

We even know that animals can fall in love with us, weird, welcome, strange or even ugly as though that might sound. There’s no doubt that humans can fall in love with animals, and not just their pets. So the evidence is all around us. We just haven’t really thought about the implications and the consequences.

What does all this mean? How does it change things?

People in love make love with each other partly by having sex with each other. If an animal falls in love with you, and you fall in love with that animal, should they also be allowed to make love together? Should sex be allowed between them, as two consenting adults? Is that an extension of allowing sex within the same gender? Could animals be granted sexual rights and humans be granted the same rights for consensual sex? If we didn’t allow that, could that be construed as species-ism, a new/old but anyway ugly form of discrimination akin to but maybe even worse than racism?

Let me ask you a question. Is it ok to eat a being that can fall in love with another being? Is that a red line of some sort? In that case should the practice be banned?

In that case, what about letting a being that can fall in love with another being be constantly cold and uncomfortable? Giving it bad food? Being cruel to it? Is that ethically beyond the pale? In that case would we change things so that the law banned the practice?

It kind of started with vegetarianism, which at one time was regarded as totally weird. Not so much so now. Now we want to treat animals ethically, even if we eat them.

What happens when we can make synthetic meat? Will the pressure be on to not eat animals at all? To treat them like, gasp, us?! Maybe to give them the same rights as humans? To even enshrine those rights in written form, first in the law and then in a constitution? To equate human with animal rights? The eventual one and the same thing?

It’s clear that we’re seeing these sorts of movements take place albeit we haven’t reached that august level - yet. But I think we are starting to move there. The writing is on the (cage) wall. The movement to make cages bigger for chickens or give them free ranges to grow in is well-advanced. But of course, in the end, we still kill and eat them. And in the process these animals still feel pain. We wouldn’t want human animals to feel pain, even if we execute them. So what about “animals”?

Will we even have to change the meaning of what it is to be an “animal”? Will an animal one day be defined as another form of human, just as humans are now seen as one form of animal?

It seems to me that the movement for the ethical treatment of animals is only going to continue and strengthen, at least as long as we have an intact human society. If it were to fall apart, all bets are off.

Yes, animals can fall in love.

Do you have Pre-Alzheimer’s?
ECB Should Push Issue of Refugee Bonds to Turbocha...