Measles is so passé – how about disease-resistant humans! 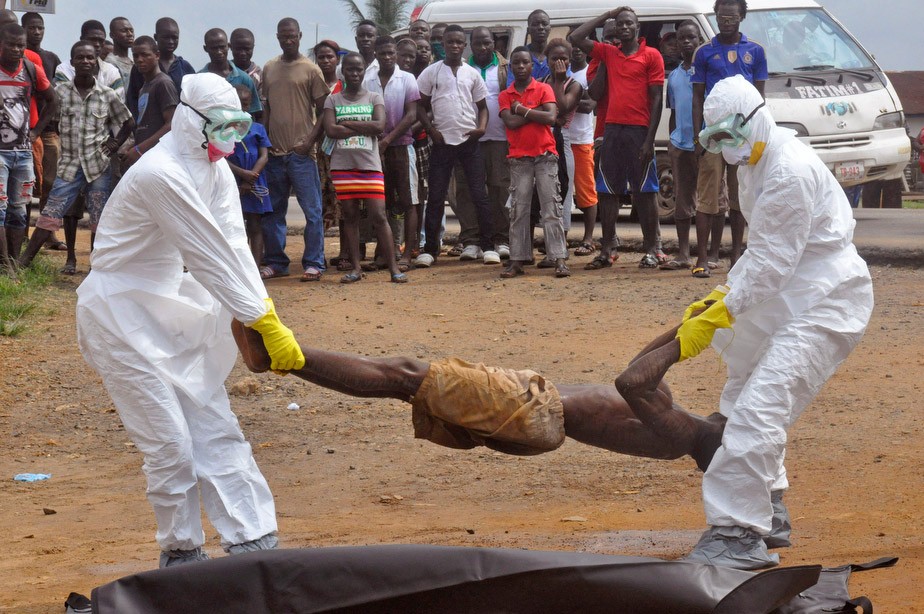 So, measles is getting out of control again. Ebola is already out of control. All those diseases of childhood are making a return in some shape or form, like measles and chicken pox, even polio. Antibiotic resistant bugs are getting nastier. The cognoscenti is already parsing the meaning of the post-antibiotic era. Meanwhile the latest drugs for Alzheimer’s continue to fail.

And that’s just human diseases. What about all those nasty ones that cross-over to humans. When is the swine flu pandemic currently in China going to cross the species barrier to us humans? What then?

The current model for disease is to analyze the disease, find a cure or at least a palliative, then give it to humans in some of whom it might work.  I call this the “whack-a-mole” model of medicine. A new disease erupts or returns. You zap it with new research (hopefully) and maybe it goes away. But then another different one immediately raises its buggy head. Back to square zero. Is that why there is so much opposition to vaccinations? Because they are just a variation on the whack-a-mole approach?

But this approach has huge problems. For the first, take antibiotic resistance. Sooner or later we will find a new antibiotic, just like the new arsenic-based (yep, arsenic is a poison) drug that’s about to be approved by the FDA. But sooner or later, probably sooner, it will be so over-used that the bugs will jump ahead of it again, and then we’re back to square one. Then people will die again from antibiotic-resistant bugs.

The second problem is that we enable a conveyor-belt mentality. Wait for a disease, then whack it. So, we’re never prepared. Sure, these are difficult to prepare against, but as I set out below, there is another way.

These clinical models of fighting disease are just way too 19th century; just too lethargic. The microbes are jumping ahead of us; apparently, they haven’t read the approved medical textbooks, designed for human bioengineers and the FDA, about the need to be slow and methodical in human clinical trials, So, the writing is on the wall; the microbes are on the point of winning, unless we humans do something really, really different.

Did you know that there are plants that have been bred using genetic engineering to resist certain viral diseases? They don’t exist yet for bacterial and fungal diseases, but research is underway. The vision is to have crop plants that have innate genetic resistance to a basic set of diseases. That way we might still be able to enjoy eating bananas before the Cavendish finally becomes extinct in maybe 5 years.

I call this approach the kiddy disease starter kit for genomes. It doesn’t fix everything; far from it. But it does give you a head start so you don’t get overwhelmed by several pathogens that will weaken your immune system and then either finish you off or leave you permanently impaired immunologically.

So, what about this? How about biotech focuses on engineering genetic resistance to a basic set of diseases? We could start with all the old ones that keep coming back – think measles, chicken pox, polio, mumps. Then we could expand the list as research progresses and we learn how to confer protection that doesn’t result in unintended consequences, like genetic disease or cancer. In other words, a kiddy starter kit for human genomes.

I’m sure this is going to cause much angst, even opposition. Look at the opprobrium occasioned by the Chinese scientist who recently bioengineered the genomes of a set of twins born in China.

Yeah, I know he shouldn’t have done it. But boys will be boys (girls in this case) and scientists are going to muck around with human genomes no matter what the bioethicists say, so we might as well get used to it and direct the boffins in the right direction. Which, to me, is developing genomes that are secure against all the basic diseases.

So, here’s what I think the new model of human biotech is going to look like. Instead of trying to cure diseases once you have them, the new model will be to prevent the disease before you get it by re-engineering the human genome to incorporate mechanisms against the most common diseases.

In essence this means the first step is to cure the disease in vitro, then to re-engineer the right set of genes which can achieve the task, then to implant these genes into the human genome, maybe in-utero, maybe as an infant, maybe as part of vaping or smoking dope. Who knows?

There’s some irksome little (actually really big) issues standing in the way of getting the starter kit off the ground. The main one is that most genetic engineering currently only addresses genetic vulnerabilities, and viral pathogens. It doesn’t fix diseases that are bacterial or fungal is origin (generally speaking). You can have a starter kit which doesn’t address the bacterial and fungal agents but it’s a pallid version of what we really need. But it’s a start.

I can’t help thinking that the aims of biotech are just so limited and uninspiring. Here we are still talking about using genetic engineering to make people smarter, taller and more beautiful. All the while millions of people are dying from diseases we haven’t conquered yet, and millions more are not doing things which could help like being vaccinated.

And yes, new methods of genetic engineering are actually making some progress, such as in muscular dystrophy and cystic fibrosis although there have been setbacks. Techniques such as CRISPR and its new variations are forging new steps. But we haven’t yet come up with the idea of going the whole hog; just get rid of all the diseases in one fell swoop.

Yes, there are some worthy projects out there that still haven’t been conquered like curing Alzheimer’s, or some tough cancers like pancreatic. But that doesn’t come close to doing what I am advocating; the disease starter kit.

There’s a new book out by Safi Bahcall called Loonshots. These are huge, audacious goals that almost all people think are just too ambitious and so never get off the ground because people are too wussy to try.

Disease-resistant humans are a Loonshot. Who’s going to put up their hand?

Is a War with Those Aliens the Ultimate Black Swan...
Could fintech replace government - in planetary co...