Where Were the Guns on January 6? 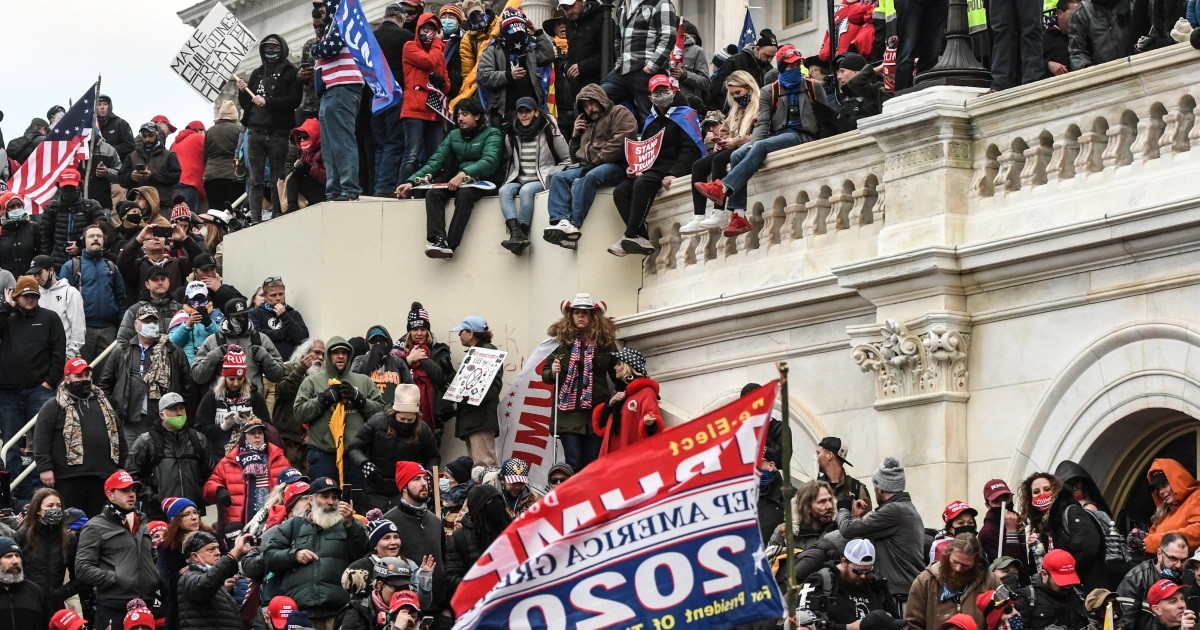 Who gave the order not to use guns?

I usually stay clear of politics; you usually can’t win. But this issue is shouting out so loud to be heard, I can’t avoid it. So here goes.

Where were the guns of January 6? I saw the videos of the Congress riots and could see batons and pepper spray galore but no guns. What gives?

We had two of the nation’s most extreme organizations spearheading the uprising. Both of them are comprised of extremists, often with military backgrounds. The authorities tell us that some had weapons and ammunition stashed in nearby hotels. Yet they were never used To use a weapon for many of the rioters would have been second nature and yet they didn’t.? What gives? Why not?

The Oath Keepers and Proud Boys even arrived in military stacks and in military gear. The stacks didn’t use guns. Even lone rioters didn’t use them either. And this all occurred amongst men (in the main) who were not only familiar with guns but who in normal circumstances would use them without hesitation. So?

Where Does the Buck Stop?

Its hard to resist the conclusion that the word had been given that no guns were to be used. It could have been from the extremist’s leadership, or even higher. We all understand what that means.

Whatever the source of the order, it was obeyed to the letter by everyone there. So, the rioters understood that there had been an order and it came from a commanding and authoritative source. So much so that not even sole rioters were prepared to disobey it.

So why hasn’t anyone talked about this? Not in the Congressional hearings, not in the press, the media, the social media, not anywhere?

Surely amongst the riot participants there would have been someone who would have commented on the restraint shown by rioters and have mentioned the order which de facto prohibited the use of guns? But to do that would show that the rioters had rioted of their own free will and deliberately with malice aforethought. That would have admitted to something that they have never admitted to, that what they were doing was criminal in nature.

Can Gun People be Responsible?

As for those who have vociferously opposed the riots, to comment on the lack of guns would have been a potential admission that the fact that guns were not used demonstrated a surprising level of restraint that no-one would have suspected right-wing extremists to possess. It would have implied a – relative – level of responsibility that in fact saved the day, avoiding what would otherwise have been a level of fatalities that would have occurred had guns been fired and resulted in carnage as military and police fired back.

But I doubt that it was a matter of restraint and sense of civic responsibility that prevented the rioters from using guns. Here’s what almost certainly happened.

We know that the leadership of the National Police, the National Guard leaders, and even the military dragged their feet on making any decision to send force to help out the Capitol Police. It looks like an order went out here too, from whom we don’t know (but we can guess) that the National Guard and military units were to be prevented or restrained from taking any action to stop the riots.

It took several hours for the National Guard to actually turn up. Whoever issued the order not to use guns was certainly aware of the plan to restrain the cavalry from arriving. They had correctly figured out that if guns were used, these units would have not only arrived almost immediately in response, but that there would have been casualties and even fatalities, starting with the rioters themselves.

The one thing the rioters didn’t want was men with guns who knew how to use them. This would have stopped the riots quickly. It would have also been obvious who had started the shooting.

In other words, the order not to use guns came from people who didn’t want their plan to occupy the Capitol thwarted by the untimely arrival of real force that could have stopped the riot, in their view, from a fast and untimely end. They didn’t want their own supporters shot. It wasn’t about preventing casualties. It was about stopping their own men from being casualties and their plan to take over the Capitol from being thwarted.

It looks like there’s a lot more to emerge about the order and who it came from. And surprisingly the Congressional hearings haven’t focused on that issue, or about the plotting behind preventing the National Guard and the military from arriving in time to stop what was taking place. The hearings have started to uncover some of the machinations. But it looks like what they have uncovered is just the tip of the iceberg.

We might have dodged the bullet then, but until we uncover these issues, its going to happen again.

Tweet
pinterest
Forget Any Hope of a Cure for Alzheimer’s in the F...
Are the UFOs Trying to Tell Us Something?