The Difference between Agile and Supple Leadership 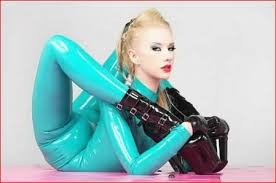 So where did I get “supple leadership” from? I made it up of course! Actually I was reflecting on the now widespread use of the term “agile leadership”. It’s in use by many companies and there are even assessments for it now such as one from Korn/Ferry. Even I have been guilty of using the term (see my post “Can Behavioral Agility Be Learned?”)  So I wanted to change the narrative to something related but different to highlight an aspect that leadership agility usually doesn’t.

So what is the meaning of each? Agile leadership is when you make major changes in a discontinuous manner. It’s a total change of scene.

Elon Musk is a good example. So is Donald Trump. Musk’s proposed acquisition of Solar City could be viewed an agile but it’s definitely nonlinear, unexpected and kind of unpopular, not that he cares. Trump’s rejection of free-trade pacts is another example. Again nonlinear. A total pivot, again not that he cares.

How about supple leadership? Well, it means change again, maybe even radical change. But it’s not treated as discontinuous like agile leadership. Rather it’s treated as continuous and linear and more as a linear continuation of the status quo with the upwards angle significantly increased.

Mikhail Gorbachev was a supple leader. Maybe that was because it would have been very unwise to his physical health to have been overtly agile, He was highly innovative and brought about massive changes, but of course he didn’t at first bruit it from the treetops. It was only later he did that with glasnost. So he went from being supple to agile.

Franklin Delano Roosevelt is a great example of the opposite movement. He started off as an agile leader. His first 100 days introduced massive changes that were definitely nonlinear and discontinuous.

But FDR evolved in his leadership style. As he evolved he changed his style from agile to supple leadership.  This was a far more linear manner with FDR paying far more attention to how it was done and to the sensitivities of the American people. His fireside chats were the embodiment of supple leadership. They were attempts to persuade and cajole, not to command and force change.

FDR’s tactics to bring Americans around to the idea of becoming a protagonist in World War 2 is another good example. An agile leader would have introduced the idea immediately and seen huge resistance. His supple leadership led Americans to accept it, albeit Hitler broke the camel’s back by declaring war on the US.

Innovation is a hot topic in leadership. But the vast majority of discussions pay little heed to how a leader should introduce innovations. The concepts of agile and supple leadership provide another framework to analyze the issue.

Some circumstances require innovations to be introduced as a big bang. Maybe external circumstances are such that’s there no time to waste. Maybe internal resistance is so strong that only a short, sharp shock will overcome it.

But many times leaders introduce innovations rapidly because they have their own internal needs and drivers that impel them to shake things up radically even if it’s not a wise course of action in those particular circumstances. Innovators are often like that. Sometimes they have a need for shock and awe that transcends the exigencies of the moment. Probably both Musk and Trump are in that category.

We all have seen the phenomenon in which innovations are introduced and then they don’t take. Either they are rejected by the organization’s own immune system as a foreign and unwelcome object. Or customers or external stakeholders don’t see the need and never take up the innovation. That’s when you need supple leadership.

Supple leadership consists of a number of strategies that will be alien to high-impact shock and awe leaders. Supple leaders

The idea that to be supple you might sometimes conceal your true intentions might worry some as not being authentic leadership. Maybe. FDR hid his true intentions but I think most people would describe him as authentic. Not all concealing is bad; it might just be necessary and another facet of suppleness. But it could degenerate into inauthentic leadership if someone was inclined that way anyway.

Of course a person may be neither agile nor supple. Many – most – people aren’t. In that case if you are a leader or preparing for a leadership position you need to be aware of these concepts and issues and prepare yourself accordingly.

Could you purposely redesign your personality with...
Should we deliberately slow down innovation?