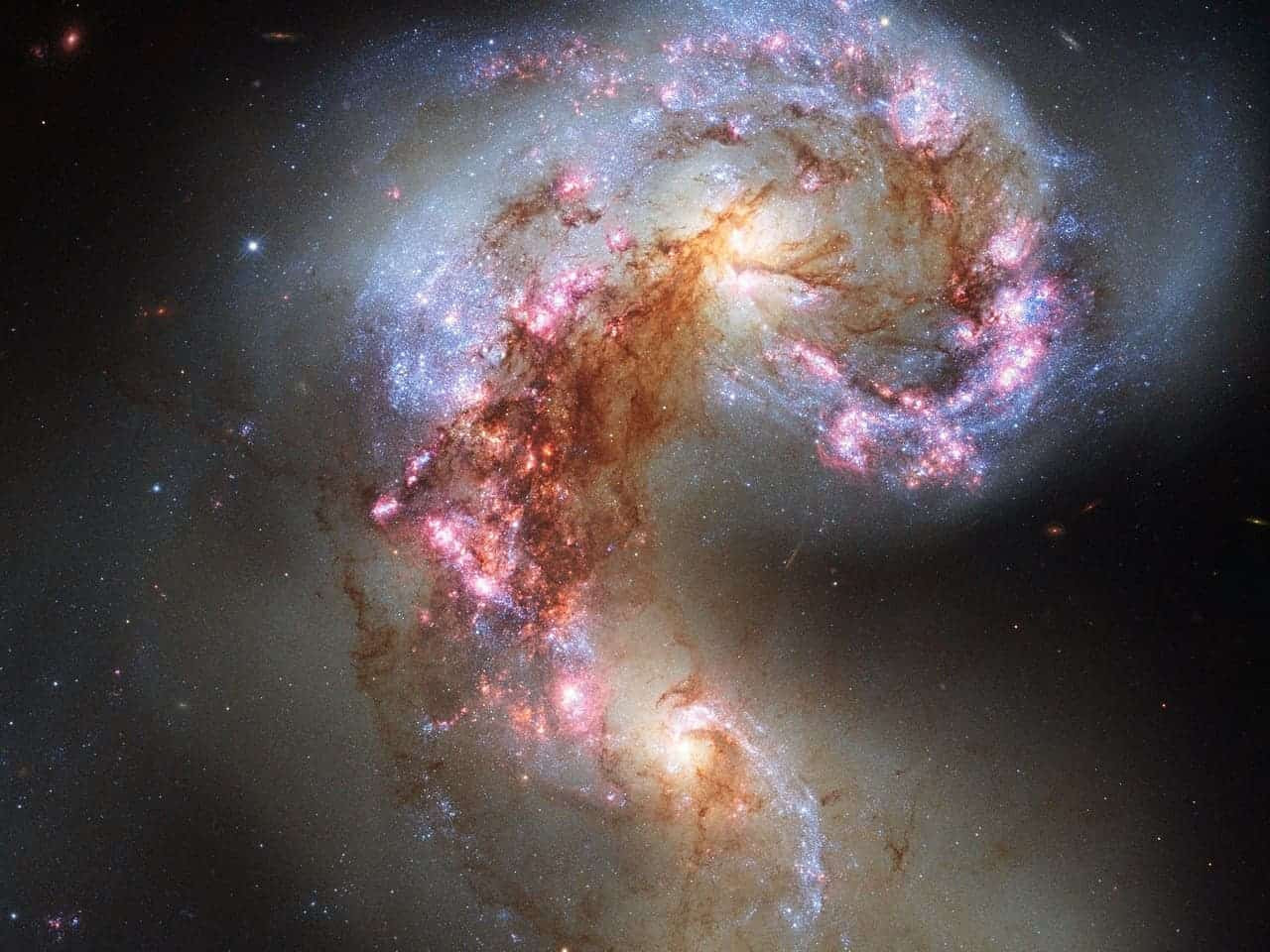 There’s RNA in space. What happens when black holes pull it in?

Drinking the Vastness of the Void

Did you see that astronomers have spotted a huge cloud containing RNA in the Milky Way? What’s that all about. Isn’t RNA supposed to be tucked away on terra firma comfortably in our warm cuddly bodies?

As we know RNA is a precursor of DNA and serves to manufacture proteins for our bodies. Could there possibly be embryos being formed in the cold vastness of space. Kind of unlikely one would think.

Oh yes and bye the way did you also know that there are giant molecules of alcohol (actually methyl alcohol) in space too? For someone to drink perhaps on those interminable voyages between star clusters (although this form of alcohol sends you blind)?

RNA is a relatively large molecule. We used to think that large molecules could not exist in space as they would be broken up by the many errant radiations out in the sticks. But now we know otherwise. We already knew that amino acid molecules are also out there. So, what else could be lurking?

How about DNA? Why not? And if there are DNA out there as well as RNA, could there also be free-floating life out there? Might it not be easier for these molecules to join up and self-assemble since they already do it on Earth and there are less pesky things to get in the way in space like viruses and bacteria.

But if you could get DNA floating around, why not even larger molecules? Ones that cannot exist on Earth, so we haven’t seen them. Could there be macro-molecules similar in concept to DNA that could form life forms orders of magnitude more complex than we have right now, as exemplified by that primitive multi-cellular organism called homo sapiens?

Could these massive molecules portend new life forms that are so complex they are unrecognizable by us humans? Ones that could be as large as a complete solar system with planets?

So, there are macro-molecules out there. What could it all mean?

It’s becoming increasingly clear that black holes are a critical part of the grand design. They have their own lifecycle, being born and then dying somehow although exactly how we don’t know. But it seems to be that there’s at least on mega-black hole at the center of each galaxy and they are part of galactic evolution. Without them you probably don’t get galaxies and by extension, us. So, they are part of the human story too, at least in our own galaxy.

Which brings me to the point. If a black hole is part of the human, if not at least the biological, story, is all that RNA and alcohol part of the deal too. If so, how?

Well one thing we’ve got to take into account is the sheer size of black holes. So far the biggest one we know of is 66 BILLION times the mass of the Sun. That’s a lot of Big Macs.

What does all that stuff do inside the black hole? (See my post “What’s really inside black holes?” 24 March 2018)  We don’t know, but it must be interesting for sure. And since we haven’t seen many black holes, relatively speaking, maybe there are black holes that are still way larger!

But here’s where I’m going. These black holes are omnivorous as far as we know and pull in everything and anything around them. That would undoubtedly include clouds of RNA and alcohol. What happens to this stuff inside the hole. Does it form life for instance?

Life in the Dark

If there’s life inside the black hole that raises a whole range of scenarios. More humans perhaps? Dinosaurs? Trees 10,000 fee high/ God? The list goes on. In fact, those black holes might not be 66 billion tons of inert mass. It could be 66 billion tons of life! And since there’s a lot of big black holes around the various infinitude of galaxies, that means there could be a lot of life in the universe. That is, not just restricted to the odd, lonely exoplanet.

Of course, when said RNA is pulled into a black hole, maybe it is stripped down to its constituent electronic particles never to be seen again. Or maybe it remembers the form of the RNA and reconstructs it from epigenetic spatial memory. Or maybe by some mechanism of which we are yet, in our primeval ignorance, not aware, it protects itself and survives to become the Blob, just very, very large. And, just maybe, very, very intelligent.

So maybe we’re thinking the wrong way when we talk about life being found, on Mars, the occasional exoplanet, on under the oceans of watery moons. Perhaps the real answer is that we have to look inside black holes as being the most likely location of life, including intelligent life.

Now I am aware of course that thesekill-joy astronomers tell us that you can’t get inside black hole otherwise you’ll be stretched into spaghetti millions of miles long, and maybe they’re right. But could AI, computers and math look for it for us in weird and wonderful ways to tell us what forms of life could exist there? If we’re into discovering new stuff, shouldn’t we be doing that also? Especially if there could be Gods there, or ultrasmart beings that could solve all our problems including climate change and free food?

The James Webb telescope and astronomy are revolutionizing the way we think. Even if the meanderings here are totally idiotic, it’s clear that these sorts of questions are going to come up in an amplified sense.