Are the UFOs Trying to Tell Us Something? 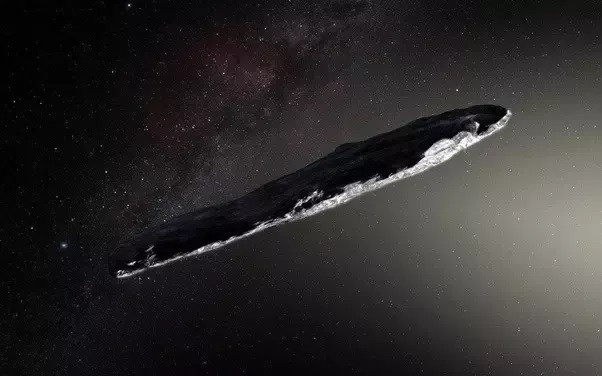 You’d expect politicians to miss important stuff when they discussed UFOs. They did.

Did Oumuamua Bring them?

So, Congress just had hearings on UFOs (what they call UAPs – unexplained aerial phenomena). What does that all mean? That aliens exist??

For the record I’m going to assume that the UFOs Congress discussed are not of Earthly origin, coz otherwise the politicians would have told us. If you think that they are (Russian, North Korean?) you can skip reading the rest of this post.

But the Congressional discussions were really nothing. No discussion about what all these reports add up to except that there may be aliens, but we don’t know. That’s kind of disappointing for me so I’m going to attempt to fill in some of the missing pieces. Someone’s got to, right?

Where’s the mother ship? It’s very unlikely there were living aliens inside these objects. If you come from Sagittarius C it might take you years or centuries to get here. That needs too much resource to use precious living things doing nothing for so long, even if they have fundamentally different life spans.

So, these are remote ships with AI to take care of the less important stuff, and even the more important stuff like avoiding the natives. Probably they have a mother ship that dropped them off and then probably went on its merry way exploring our part of the universe. The mother ship by now is come and gone. Was it Oumuamua?

You remember Oumuamua right? That’s the cigar-shaped asteroid probably from interstellar space, that celebrity Harvard astronomer Avi Loeb said was an alien spaceship. His words not mine. So, some corroboration, kind of, for the non-Earth origin thesis.

Did they try to communicate with us? I’m struck by the fact that nowhere is this raised in the Congressional record. We can be pretty confident that the UFOs could see us, if only to avoid potential collisions with our planes not to mention their own. So at least they had some sort of passive radar. Wouldn’t you then have possible communications at least like “what is your call-sign” and “who the hell are you”. Maybe there was more like “I come in peace” or “Don’t mess with us”.

So. my question: did the Feds check for this either at the time (unlikely) or later, to see if there were any historical records of strange radio or electronic signals? Seems like it would be worth the look, right?

Mean to be seen: Here’s the first thing that occurs to me. These objects whatever they were, were meant to be seen. Why conclude that? If you come from elsewhere in the universe, you know how to make things invisible. So, they know about stealth and made a conscious decision that they would not make themselves invisible.

What does that mean? They don’t think we’re dangerous, or, if they do, they don’t think we can hit them even if we wanted to. In that case they would have some idea of the primitive state of our weapons from their point of view. Or, if we did hit them, it wouldn’t hurt them.

Mean to be seen by radar: This is not necessarily the same as the preceding point. They could mean to be seen by normal visible light. But they were caught on military radar. That’s different to being seen by normal light. They could have chosen not to be seen on radar, which is used for military purposes in this context, but they didn’t. They understand the significance of being seen on radar but didn’t choose not to be seen on it. Again, the conclusion is that they don’t fear us.

We humans are of interest, even to other-worldly aliens! Why wouldn’t we be? There’s a school of thought that says that in the vastness of the universe we mean exactly nothing, c.f. The Hitchhikers Guide to the Galaxy. But no, whoever sent these UFOs think we carbon-based life forms were worth viewing at the very least (although I admit that still doesn’t mean they are not surveying the route for a new galactic superhighway, and we will indeed have the Earth surgically removed from the vicinity of our solar system, in which case bye bye to my readers and yours truly).

Now here’s the interesting thing. Exactly why are they so interested? Hope it’s good…

Future plans to meet? Why would they mean to be seen? Is it because they have plans to meet us all in the uncertain future? This is a kind of soft introduction to them so when they do go full Monty, we don’t crack up, panic, commit species suicide or whatever.

But whatever their reason, they do have sort of a plan that implies future communication of some description. Maybe to tell us all about their own wonderful culture and civilization in their part of the universe. Now that would be cool.

Turning beyond our G-tolerance: OK some small details here. The UFOs can turn under G forces humans can’t tolerate. Of course, if there are no living aliens inside that’s explainable. That’s part of the evidence they’re not from Earth. Also, since their vehicle still survives these violent turns without breaking up, they must have some serious technology to prevent that, not to mention the propulsion systems to achieve these maneuvers.

An Existential Mission? Their mission objectives could be anything. They would have the technology to explore way more than we could in exploring a similar planet. No doubt they are using AI (their version is so in advance of ours it looks like magic to us?) to explore everything we can imagine and much more.

That implies that their real reason is not merely curiosity, but existential; that the contact they are having with us has some meaning for their own existence, although we don’t know what that is.

Maybe they have screwed up their own planet too; they believe in their own version of God; they want to discover the meaning of life; they want to know how aliens like us love; maybe they even want to help us. Over to you.

Are the UFOs trying to tell us something but we’re not listening?

Where Were the Guns on January 6?
Is the Crisis in Mental Health Caused by Climate C...