Is the Crisis in Mental Health Caused by Climate Change? 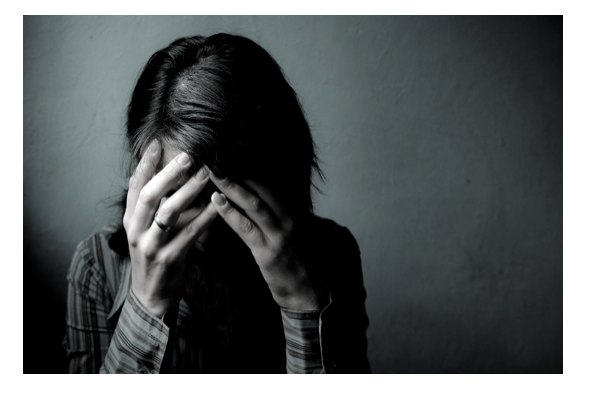 We now realize that we won’t solve climate change. Is that why mental health globally has just taken a big turn for the worse?

Yeah, I know, climate change causes everything right? So why not problems with mental health to add to the list? But hear me out on this one as I’m not a reflexive climate change promoter.

As I’m sure you know, mental health is rapidly getting worse. It’s particularly acute amongst the young, even the very young. That’s not just teens, but tweens and even younger. So, what gives?

The conventional wisdom is that the problem is due largely to social media and maybe that’s right. But there’s other causes too; pandemic of course, not to mention changing social roles and expectations for all of us. Then there’s the increasing complexity of modern life. And so on.

Did you ever hear of a dude called Emile Durkheim? He was a 19th century French sociologist who coined the term anomie, sometimes translated as normlessness. Essentially this is when people lose faith in society and the future. This happens when social norms for individual conduct break down, when there’s rapid social change and people start making decisions based only on their own self-interest, no matter what the impact on others.

So why climate change? Isn’t this just an environmental thing that has serious impacts on the weather and the environment but otherwise is fine since it doesn’t give us covid or some other disease and otherwise leaves us as before?

But of course, some of the impacts of climate change are more than worrying, they’re existential in nature. Who would blame others for being worried out of their minds about these impacts?

And it’s not just the direct impacts either. How about indirect impacts such as water shortages globally that cause shortages of food and thus country conflicts leading to war and local violence? Isn’t that worrying enough in and of itself?

If you’re a tween you probably don’t think much about those things directly. But you hear about them from your parents and friends. Doesn’t that increase your level of anxiety, even depression? Couldn’t that lead to drugs and thoughts of suicide? Doesn’t that spread through social media, TikTok, and other channels to other families and colleagues? Isn’t everything connected?

Isn’t that why videogames are so popular? They remove us – especially kids – from the immediate source of anxiety. They serve as a drug to allow them to escape all the nasty worries that they prefer not to know about.

Lately we have a new war the like of which we haven’t seen since 1945. The collective wisdom was that those sorts of wars had become obsolete. Now we know they’re not. Isn’t that another quantum jump in the level of global anxiety? Just another thingy to add to climate change? Did climate change actually lead to the war?

So Cool to Be Despotic!

We’re moving inexorably to a global depression in democracy. Many countries in the democratic column are now moving to autocracy, or worse. How about that for worrywarts?

And on top of everything we have new trends and methods to spread and exacerbate disinformation. So, it’s often impossible to work out what is right and just and separate them from things that are evil and unjust? That’s what normlessness does to us. If I can’t tell the difference between good and evil, is that likely to make me even more anxious, neurotic, psychotic or worse?

Climate change, war, the assertion of individual rights over the social good, the difficulty of distinguishing between good and evil – these are some of the factors that are leading to global mental illness and conditions. Durkheim got it right – normlessness is here and it’s having a terrible impact on everyone, even if at an individual level we don’t recognize it.

I Feel Your Pain

Kids and younger people can often not see that their illness is due to wider causes because they are too remote from them, even though nonetheless real. You might not know about climate change or wars or anomie, but you feel it viscerally every waking moment through the thinking and emotions of your friends, all received by your brain as yet another source of existential anxiety.

Here in the US, we have correctly recognized that we are in a mental health crisis. We haven’t yet recognized that the treatments we rely on such as drugs and cognitive therapy are just, at best, short-term palliatives. There’s nothing we can do about climate change, new wars, the movement towards autocracy, and the primacy of selfish interests over the social good. Especially not being able to differentiate good from evil.

We might want to argue that we will probably solve the problem of manufactured wars - although even that’s hard to see if you think about China/Taiwan and the Korean Peninsula situation. But nothing we will do can solve the problem of climate change. That train has now left the station.

Maybe that’s why the mental health crisis has just gotten much worse. Climate change is the one thing we now know that we will never solve. Isn’t that the ultimate source of the global anxiety, even if we don’t like to acknowledge the reality now?

Are the UFOs Trying to Tell Us Something?
Will Ukraine Go Nuclear?