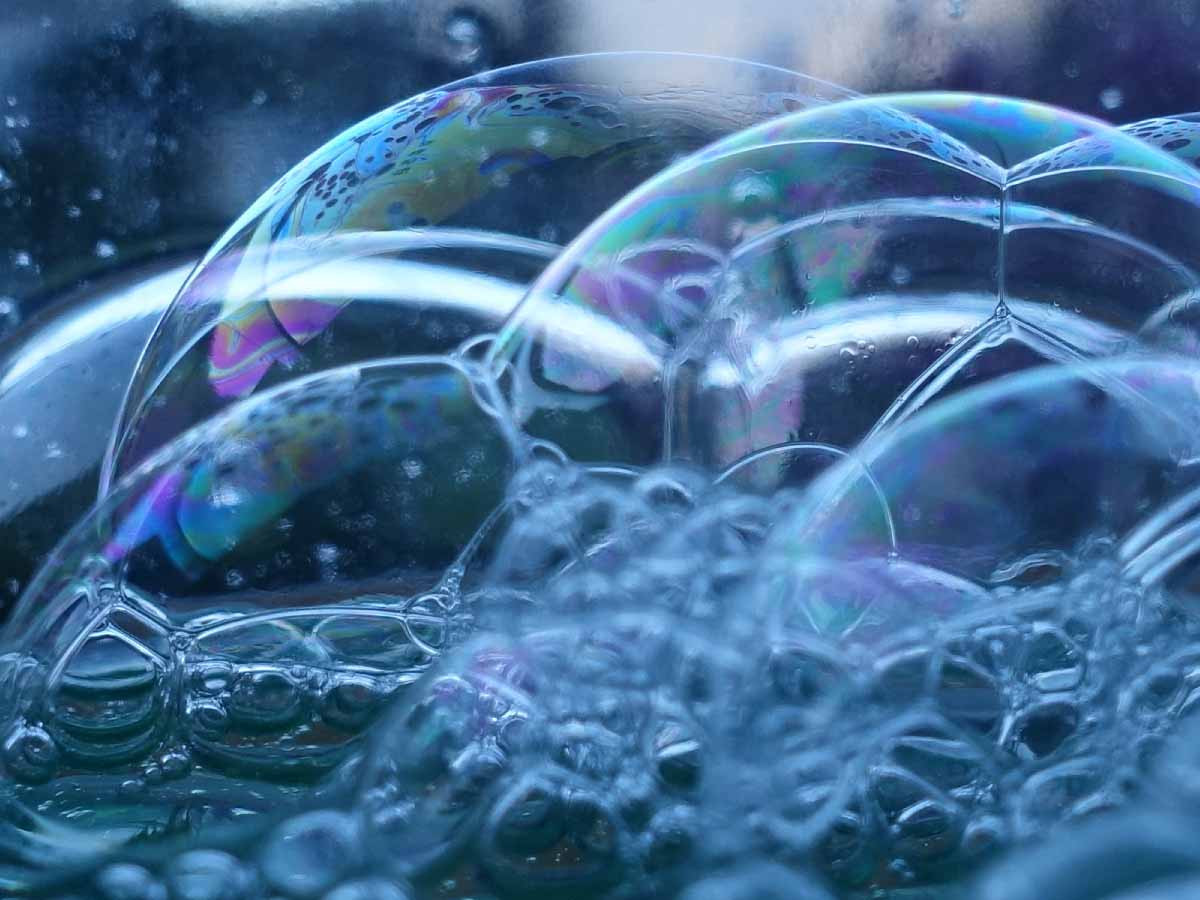 Data from the James Webb Telescope suggest that there might not have been a Big Bang. What about countless tiny pops?

The Big Bang is Dead, Long Live the Tiny Pops

If you want to look truly up with the latest, just tell your credulous colleagues that the James Webb Telescope (JWT) shows us that the Big Bang didn’t happen. Instant street cred for sure.

Even before the JWT was launched there were already naysayers who asserted that the newest evidence shows that that there was no Big Bang (see  “Why the big bang may not have been the beginning of the universe” in New Scientist 23 June 2021). Maybe all the stuff for a universe was already there and just expanded from a little beginning without there ever being a Singularity. It goes without saying that leaves us in a Big Hole, so to speak.

The JWT can take us back even further in time to the putative beginning. That was when there were either no galaxies at all, or proto galaxies which went on to form their own universes complete with indescribably many black holes. Now we know that galaxies have one or more black holes and that the formation of the two is inextricably linked. But that still doesn’t tell us what’s going on.

From my very humble terrestrial perch, what I am gleaning is the follows. There are trillions of galaxies out there as far as we can see. We don’t know if there is stuff beyond the observable limit of 14 billion light years in all directions. But let’s assume of the moment that there is What does that suggest?

Seems like in all the universes, which means including the ones beyond the visible limits, there are galaxies or super galaxies which are their own universes. At any given time, a certain proportion are undergoing their own Big Bangs while others are collapsing into neutron stars or black holes or something way more exotic. Across there trillions, countless of them are big-banging and collapsing simultaneously. From a distance it looks like a constant fizzing as these universes come into and out of existence. Could that be what the cosmic background radiation really is?

Viewed from this perspective, those Big Bangs are not so big at all because they occur at or around the same time as countless other Big Bangs. Wouldn’t it be more accurate, or at least more plausible to call them Big Pops, to denote that they are really quite small in fact?

That fizz I mentioned is in fact the evidence of constant countless big pops and countless hissing of stuff falling into black holes and disappearing with a whoosh. Some of that might be what we are seeing in the cosmic background radiation.

Some of it comes from gravitational waves from this coming and fro-ing. Those gravitational waves are doubtless caused by many phenomena we haven’t even dreamed of yet, not just from the collision of black holes, although that might be partly the case.

There’s a deep mystery though (of many). Where does all that matter go that is pulled into the black holes? Could it be that black holes exist on top of a cosmic backplane which takes in this matter into what constitutes another dimension (or dimensions) and distributes it cosmically, and then some of that re-emerges  into the foreplane (i.e. what we humans see) and then reignites into new galaxies?

Sort of like trees where that is an underground, unseen network which allows trees to communicate and share bacterial assets and nutrients (see my post “Do trees have brains?” 30 April 2017)? That particular galactic backplane exists to share nutrients of galactic and multiverse growth to benefit the overall multiverse ecosystem to continue to replicate and become ever more connected? Is the backplane the connectome of the multiverse?

And if so, that backplane is the real communications and growth mechanism that allows all those universes to share matter equitably to guarantee the formation of yet more galaxies and universes. That is, the backplane serves to promote and facilitate the constant growth of the multiverse.

But we can’t see this as the backplane is on the other side (the “Dark Side”), concealed in another dimension or set of dimensions. Maybe where the 10 or so dimensions of string theory exist? The Dark Side is where the real action is going on to expand the multiverse connectome that, as of yet we can’t see, can only imagine.

The Big Bang theory was always too simple, at least to my mind. It reminds me of the theory not so long ago that homo sapiens were the winners of the competition between the apes and we became the last man standing. Now we know that there were probably hundreds if not thousands of human species before we became one which got to be numero primo by sheer dumb luck.

Could the multiverse be undergoing a similar transition for trillions of universes to only one such, which will emerge at the evolutionary multiverse winner at some unforeseeable date in the future when the super-multiverse comes to dominate?

Is that when time ends?