Do trees have brains? 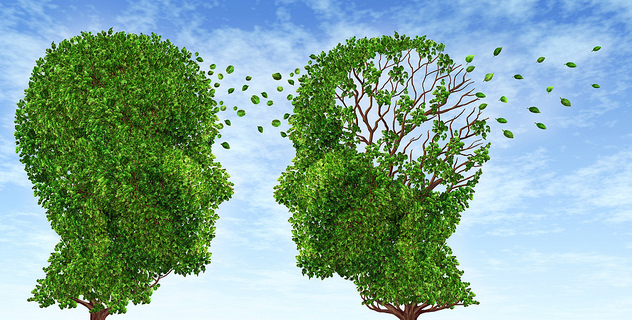 I’m sure you noticed (or maybe not) a little news item that deforestation in Brazil increased 30% in the last 12 months? So what? Does anyone care? Why should we anyway?

There’s inconsequential reasons like forests create rain (through the action of emitting terpenes, inter alia) and stabilize terra firma. I have a more selfish reason; when you’re out running through trees, as I do, you get a health boost from those same terpenes as well as phytoncides, which are also emitted by many types of trees.

But I guess there’s one thing that no-one would be concerned with namely that we’re killing off sentient beings. After all, trees can’t think right? And they don’t have emotions either do they? Wouldn’t it even be silly if you thought that way? Tree hugger on steroids maybe?

I’ve just been reading a book by a German forester (“The Hidden Life of Trees: What They Feel, How They Communicate—Discoveries from a Secret World” by Peter Wohlleben”). It made me reconsider whether trees can think. After all, trees have to figure out when to open their leaves, and how long the days are in order to shut down water pumping for winter (amongst many other things). Maybe these are just hard-coded algorithms. But even in that case, where do they store them? After all there’s no brain or obvious place you could them.

Older is wiser. We now know that massive underground fungal networks exist which connect plants and trees underground. These networks actually allow trees to communicate with each other via their roots – the fungal networks actually make these connections – kind of like the last mile in telephone networks. It’s been compared to an internet for trees; so much so that now there’s a new buzzword amongst the bio-literati – the Wood-Wide Web.

We also know that trees have communication networks inside them (including their roots) that use electrical signals. And that the fungal networks use chemical signals to pass messages between trees and other plants.

Of course, there must be a lot of differences if you’re looking down in the weeds (literally). But at a functional level recent research is starting to make it look awfully like trees (usually just amongst the same species), and other plants intercommunicate, and have a place to store things aka a working memory. Neural networks anyone?

Are these networks functioning as simple brains? Passing electrical and chemical signals between the nodes (trees and other plants) and acting as a repository for some types of memories. Is this symbiotic relationship even tighter than we might know now?

Is the wood-wide web actually a neural network similar to ours, just just more primitive? Could that have been an alternative evolutionary path for thinking and cognition developed by plants, as distinct from the one that evolved in “animals”, and their precursors?

Some of the oldies out there will remember the science fiction novel by Cambridge astrophysicist, Sir Fred Hoyle, entitled “The Black Cloud” (who, incidentally, narrowly and probably unfairly missed out on a Nobel Prize, mainly because he was very rude to the people who give them).

The book is about a gargantuan black cloud that blankets the Earth and blots out the stars. It is made of gazillions of tiny particles. It turns out that all the particles are communicating with each other. It’s alive! The cloud is actually a massive, albeit distributed, brain.

Is the wood-wide web the terrestrial equivalent of the black cloud? We now know that some of these fungal networks stretch for miles, maybe hundreds. We have now realized that they are just the tip of a massive fungal iceberg that does things that we know nothing about. This includes communicating between plants over significant distances. What else do they do? We don’t know.

That fungal iceberg enables plants and trees to function as real societies, and to create networks of cooperating organisms above the ground that rely on each other for help, including passing resources between them when they are in trouble or need a favor. Just like the black cloud of Hoyle, this underground thing is sentient, this time in its own special way!

Is the underground cloud of fungus and roots actually the equivalent of the modern cloud, invented by Amazon? Is this where trees and other plants can store their private memories and algorithms, even some public ones? Did nature actually invent the cloud millions of years before we did? Could we learn things from the underground cloud that would show us how to take our human cloud to the next level of evolution?

But so far no-one, to the best of my knowledge, has researched the particular issue of cognition and memory storage. It’s not so surprising. After all these underground networks are often far-flung, as well as being totally invisible – some of the fungal threads are infinitesimal in size. And how do you explore the cognitive properties of an invisible, underground network? Where do you start?

When we talk about traditional brain research we are talking about something you can also see and touch. It’s in one place, usually. Sure there are octopus brains which are also distributed through the tentacles, but at least they are still attached to one body. You can see the neurons. You can watch the behavior of the octopus.

And finally there’s the issue of speed of the biological processes involved. Trees often live to 500 years or even a lot more. Their biological processes are very slow compared to animals so changes are hard to detect. That’s another reason why the potential issue of cognition hasn’t been researched for trees.

All of these are confusing if you’re searching for a putative tree brain. But that doesn’t make it any the less important. It just makes it a lot harder. Which is no doubt why it hasn’t ever become as popular as the Beatles, or even deforestation in the Amazon.

Now let’s just imagine for a moment that these underground networks do function as a kind of communication system and storage area for some tree memories and algorithms to help them survive, aka a brain, primitive as it might be. Would that affect how we view deforestation? Or cutting down trees? Even pruning them, since it might hurt them?

If that were the case, deforestation and tree-cutting would actually be destroying the brains of beings that are to some extent sentient. Sure they create rain and create habitats for other species, but who cares? But what if they could be viewed as primitive animals, ones that even have a view on life? And they don’t like humans coz they are making war on them globally!

And even planting single trees is not so good, because many tree species are essentially social and rely on and help each other, aided by their fungal network helpers. Planting a single tree (at least those from the social species of trees) is like putting a person in solitary confinement for life, or putting a single individual out in the unforgiving jungle on their own, without any companion, as in “Naked and Afraid” but worse.

Shouldn’t trees be at least planted so that they exist in a collaborative and emotionally supportive environment, as in a forest, with the underground cloud to support them?

Looked at this way the deforestation of the Amazon (and every other manifestation of deforestation) represents a massive loss of sentient life and diversity. We’re not just destroying pieces of apparently inanimate wood; we’re destroying thinking beings, that just happen to have other good effects like driving the water cycle and hosting good species like birds and bees.

Of course, it might be that the wood wide web has nothing to do with thinking or cognition. Maybe it’s just a transport mechanism for sugar, or something else. But we just don’t know.

I hate to appear to be a tree-hugger and that wasn’t my intention in writing this post. As a blogger I see trees as being another potential source of sentient beings to write about, and as even possibly being a gateway for deeper knowledge we haven’t uncovered yet.

Are dynasties the future of democracy?
Shouldn’t leadership be about business outcome, no...