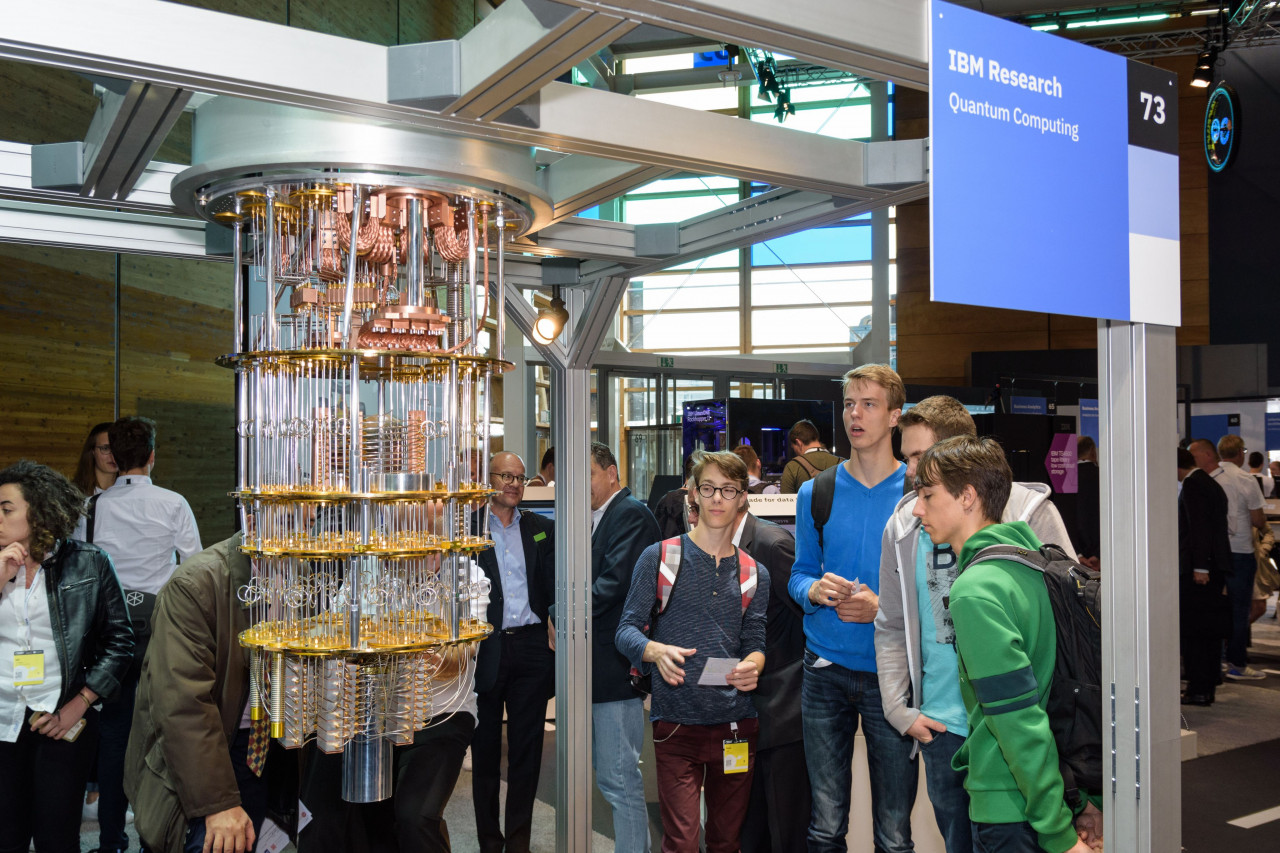 Quantum computing looking increasingly likely to be the next tech bubble.

Did you notice that the Nobel in physics has just been awarded to three worthy physicists in the area of quantum information? What’s that you say? I’m the wrong guy to even try to explain it but for dummies like me, see here. It covers esoterica such as quantum computers (for which see below), security and encryption, communications and so on. That sounds like the Big Daddy of tech. Can we invest too before the VCs corner the whole field?

So, a propos, did you see this? Rigetti Computing has just announced it’s launching its new quantum computer. Naturally it is doing this just before a public offering. It’s big too! "This is the new space race," founder and tech celebrity Rigetti said in an exclusive interview ahead of the company's first investor day. CNET, the tech bellwether breathlessly titled its announcement thus “Quantum Computing's Impact Could Come Sooner Than You Think.” Don’t you think you’ve got to be in on this before you miss the bus?

To understand what’s going on maybe we need to parse the word ‘wampum”.

For those of you not into Native Indian culture, wampum was strings of beads, used originally for cultural and ceremonial purposes, and then as currency when the white-skins came along. You might legitimately ask what the hell has wampum got to do with quantum, except for the alliteration.

Well according to a professor at Oxford University, quantum computers are merely a money bubble, that we would compare to whatever value shell currency has to value, namely nothing, at least in the narrower view of things.

Said Professor is one Dr. Nikita Gourianov of the physics department at Oxford.  If you check out his publications, you’ll see that they are totally incomprehensible to normal Joes, at least like me, which means that he’s credible, possibly even more than that. And what he says is that quantum computing is basically a scam. I’ll give you the lowdown in a minute.

I’m particularly interested in this thesis because I am on record, in these fair pages, saying that quantum computing is the Next Coming and that it is going to revolutionize computing because it allows us to do things that look impossible with today’s machines. See my post “High Frequency Trading Trashed by Quantum Computers?” (April 30, 2016). So, was I wrong?

Yep, and yes. I think I have been taken in by the quantum story just like many others of whom the good doctor writes. For me it was, like, first shells, then abacuses, followed by cathode ray tubes, silicon and then, gasp, quantum. Made sense, just a logical progression, simple extrapolation. And here we are gliding into the new quantum computer age.

Except for one inconvenient little fact. Despite all the chatter, we don’t have any actual quantum computers yet, after two decades or more of trying. Yes, we have some play toys that purport to be quantum computers, like the much-hyped D-Wave. But none of them can yet do the mindlessly simple things we take for granted on silicon-based machines.

If that’s the case, why are venture capitalists still putting in loads of the folding stuff for quantum computing companies? Because VCs always follow each other and if the whole house of cards comes tumbling down, you can just excuse yourself by saying they merely followed the VC leaders. That gets you off the hook. It’s only beads anyway, right?

According to Dr Gourianov, quantum computing is just another tech bubble. Check out the story in the Financial Times if you want more credible corroboration. It’s a good story to have because VCs schooled in economics, business and Black-Scholes have no ideas what a quantum is so they’re fair game.

In the meantime, numerous quantum computer companies raise masses of capital on a good story while spending it all, and more, following their guts. Makes for a good salary and maybe even shares that you can pawn off on the great unwashed to make it all worth your while.

The inside dope on quantum computing is that the computers can only work as long as their wave function is operational. But this only occurs for a few nanoseconds. After that the wave function collapses and you can’t do any useful work anymore. If you want the technical term just so you can sound like you know what you’re talking about, it’s called decoherence.

If the wave function wasn’t so ornery, you’d have a great piece of computing equipment on your hands. But God didn’t make things that way. So, everyone pursuing quantum computers, like IBM, Google and all the rest of the big names, has to cope with this basic problem namely the decay of the quantum function. Once this kicks in you’ve got to have an error-checking function that ends up slowing everything down to a dead stop.

So far no-one has figured it out. That’s what quantum computing has faced for the past couple of decades. It’s still a problem.

Quantum computing reminds me a bit of nuclear fusion. Governments and venture capitalists have funded companies trying to make it work for the past few decades, but they haven’t got to the critical temperature yet. Sure, it’s hard and maybe they will. But all of these companies sound a lot like Rigetti Computers in promoting their products as the next big thing. It looks like we’ll be waiting at least another couple of decades before fusion gets there, if ever. Just like quantum computing it seems.

That’s why I see quantum computing ass being wampum. Fancy beads on a necklace that provide us with great stories and a way to impress each other. And its money too, even though its only beads of shells. You can use it to pump up your story as you pump up the size of your chest along with the number of qubits your quantum wampum computer can process. Told to the right people (i.e. those who have money) it can draw huge amounts of moolah from the unsuspecting believers in science and tech, forming the platform for a new techno craze.

Of course, I could be totally wrong but if so, so is the good Oxford doctor Dr. Nikita, whom I trust more than I do my own ideas in this area.

There are always some easy marks out there. Just don’t be one of them.