This is the official Perth blog site for posts, comments, and other contributions about leadership, behavioral finance and economics, and about management generally, as well as other related topics that take our fancy.
Tags
Authors
Teams
Archives
Calendar

Is Google the Next GE? 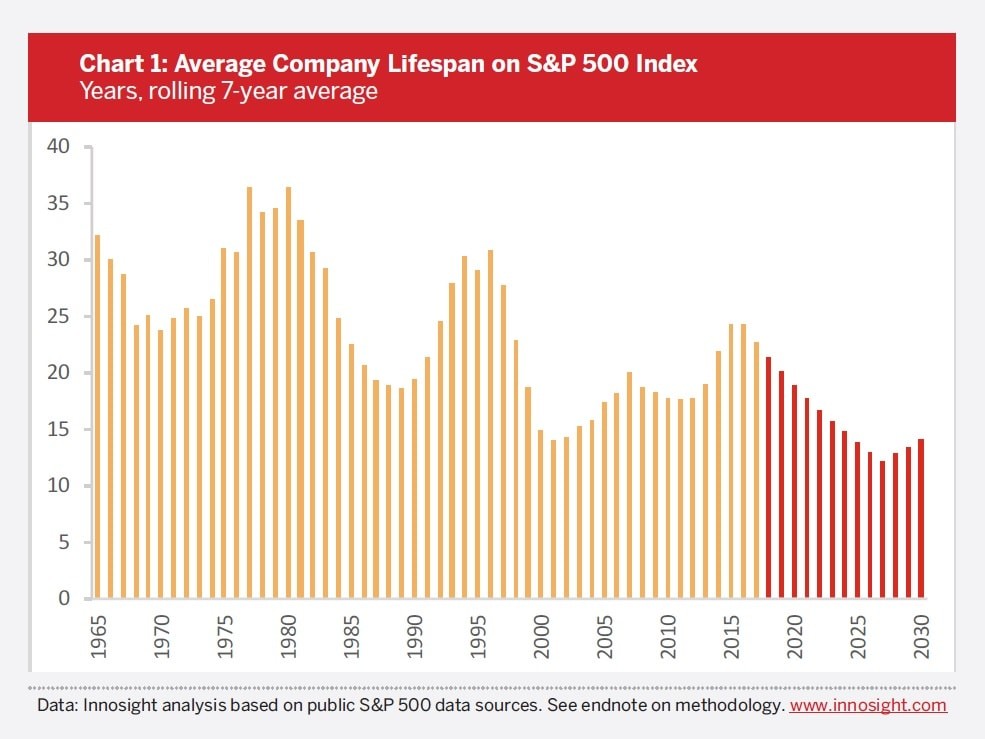 I guess you’ve been seeing the reports that both the US and Europe are going all-out to nail Google and other tech companies for anti-trust violations. I wonder how Google will cope. That depends a lot on the character of its CEO, Sundar Pichai. A recent article by Rob Copeland in the Wall Street Journal referred to him as a “nice guy. Is that en...

Are Masks Causing the Recent Increases in Violence? 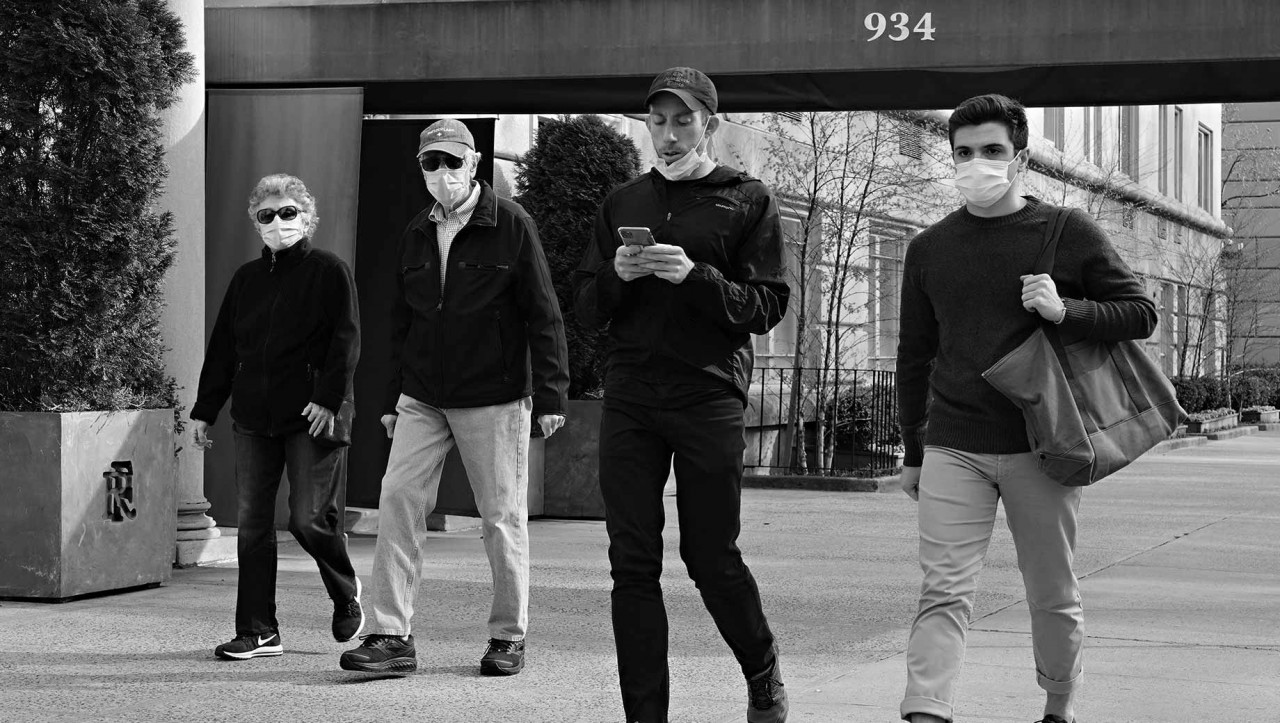 #Face masks are being blamed for a lot of things, chiefly about whether or not they work for covid-19. Is it possible they are also causing an increase in violence and social conflict, globally if not already in the US? Conflicts R’Us In the US at least it seems that violent crime such as murders has increased significantly this year. There has b...

Musk’s Neuralink - Can Perps Be Imprisoned in Their Victims’ Body? 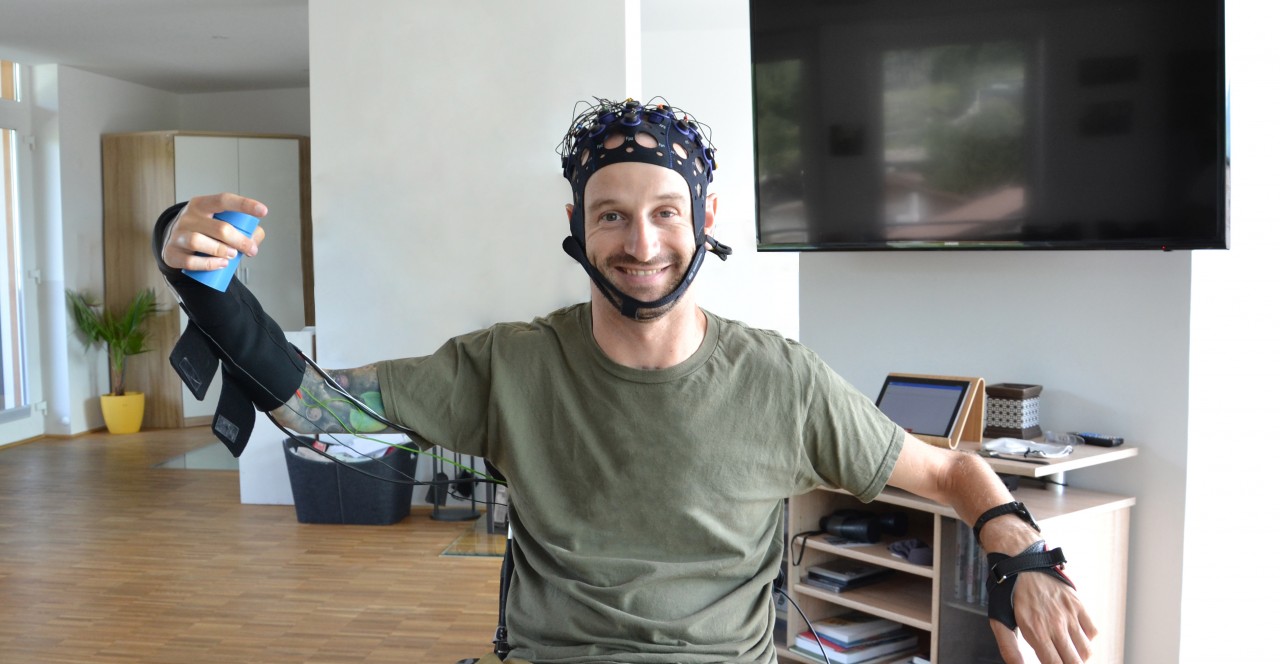 Neuroscience Theater? So, Elon Musk is at it again with another mind-bending venture. This times it’s #Neuralink. This is basically a chip implant in a brain that allows direct brain-computer links. Just like Musk’s other ventures, it probably indeed is the future, even if not right now. But there’s skepticism from the pros, which is to be expected...

Could we actually see ET? 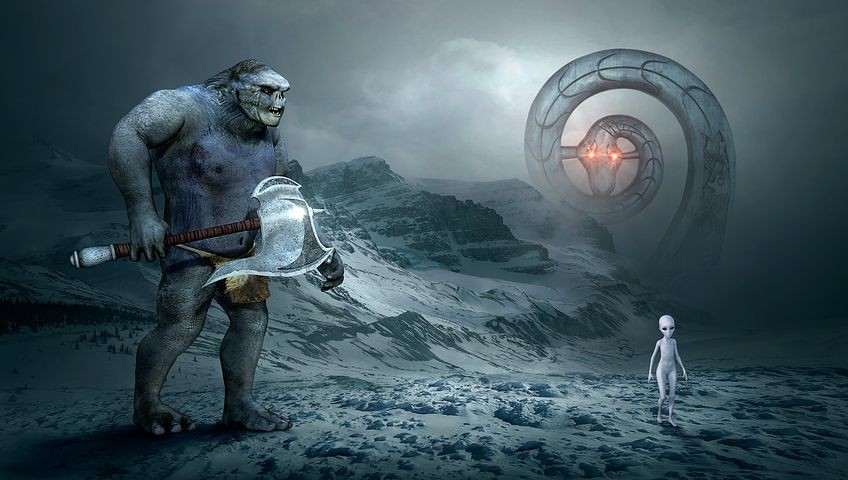 “Any sufficiently advanced technology is indistinguishable from magic” Arthur C. Clarke Thought I’d change pace for a post or two, so much bad news around, pandemic, fake news, elections. So, when I saw the article I’m going to tear apart (NOT), it looked like a welcome diversion. The article is about a spinning neutron star 4500 light-years from E... 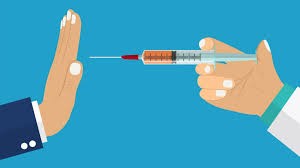 A Sputnik Moment Yep, 165 vaccines under development 27 in trials. I wonder if that includes Sputnik V (the esteemed Russian entry). So how could there possibly be too many vaccines? Shouldn’t we add even more? And no, I’m not talking about the temptation to accelerate the approval process so that the entries haven’t been adequately tested, althoug... 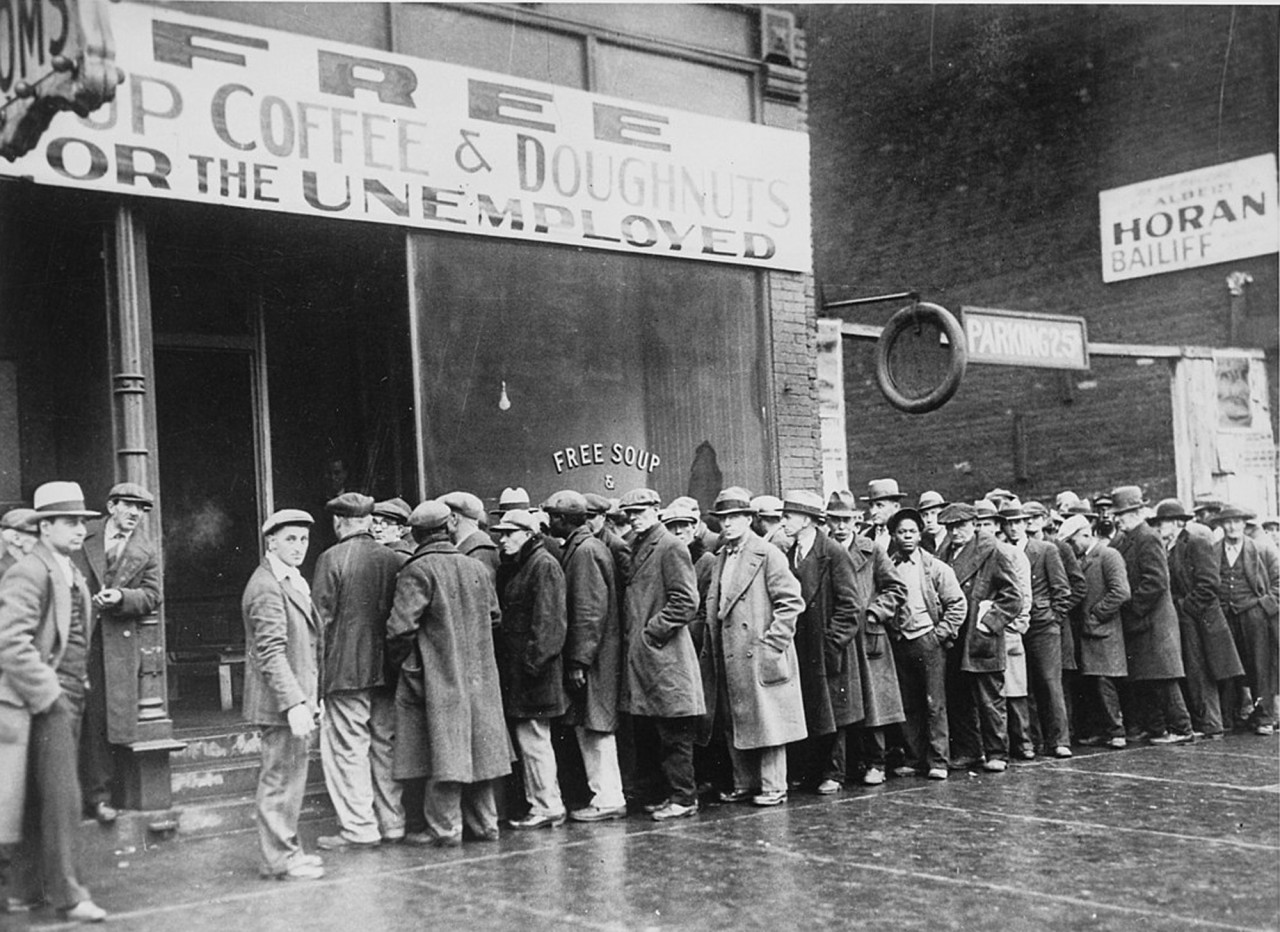 So the latest GDP data shows the US economy fell 9.5% in the 2nd quarter of 2020. That’s the worst showing ever since the Great Depression. It doesn’t get worse than that right? Or maybe it does.

Hmmm, what is worse than a Depression? The economists now need to put their thinking caps on.

There was a time in those halcyon days of March this year when the argument amongst the econo-literati was about whether the economy was going to recover with a V-shape or a W-shape. Those discussions sound so quaint these days. We’re well into a second wave of covid-19 that looks very likely to extend into a third wave, and maybe to be transformed into a permanent wave – “WHO says COVID-19 pandemic is 'one big wave', not seasonal”. That doesn’t sound like a recovery to me, V-shaped or any shape. What’s the opposite of a recovery? It’s a de-covery of course, dummy!

Seems to me there’s a lot of things about to hit that will cause the “recovery” to be more like a continuing decline over several years. What else do we call that I wonder? A secular decline? A slow collapse? Wait! How about an R-shaped implosion?

What in the Earth is that? Put the R on its back (or side) and there you have it. First a steep lurch downwards, then a very gentle incline off the depths over a longer time. That’s the future, folks. What happens then?

For those people who caught covid-19 and lived there’s the unwelcome prospect of chronic ill-health. There’s the prospect of millions more business failures and a long-term process of rolling disinvestment globally. Protectionist sentiment rises quickly, a reminder of the protectionism and competitive devaluations in the 30s that exacerbated the global rot. We’re already seeing government instability on the rise in Europe and Asia, not to mention in the US just like we saw in the 1930s.

The last time the world had a depression it ended in a world war. GDP figures are actually going to show an even worse collapse of economic performance globally now versus then. That means a corresponding dramatic increase in poverty and political radicalism in both developed and developing countries. An R-shaped global decline doesn’t even start to capture the reality of it all.

It seems to me that the best case is for a long flat low plateau in global economic performance around 15% below before where the pandemic started. If all goes swimmingly, we come out of it in a decade. That’s unless other, ugly things don’t intervene. In which case we’re in a 20 to 30-year Dark Age.

Maybe a 10-year R-shaped recovery is the best case. Let’s pray for it.

We Need a New Discipline of Nucleic Economics! 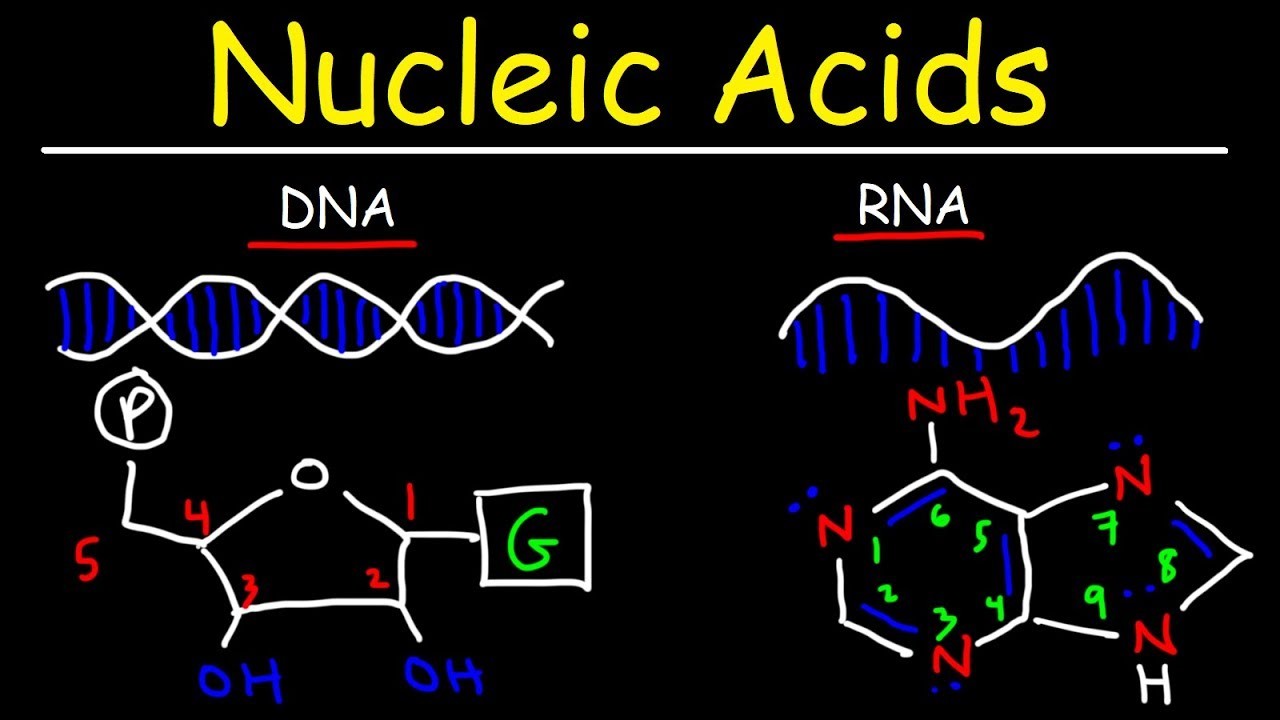 Depressioned Out We’re just moving into the Second Great Depression courtesy of our bosom buddy covid-19. But how bad is it going to be? Globally we’ve had prior experiences such as the 1918 pandemic, but we don’t have any formal models to inform us of the likely outcome and how bad it will be. We’re all flying by the seat of our collective pants. ... 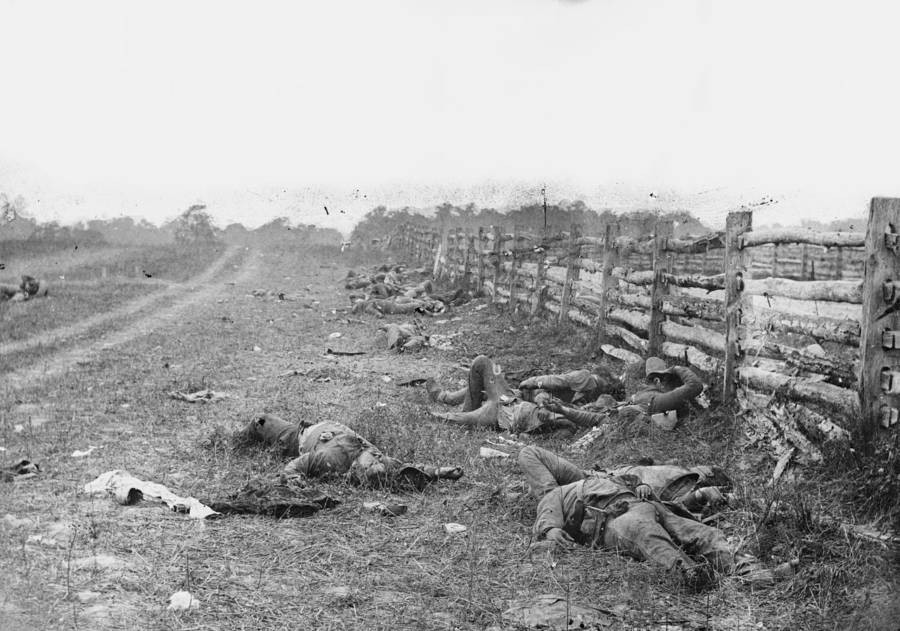 I recently wrote about the potential number of Black Swans waiting to swoop in on us. Would a Second US Civil War count as one? Very likely I guess. Divided We Stand I don’t think the US has been so divided since the US Civil War, arguably anyway. Sadly, one of the causes of that war is still the same, namely racial. But of course, there are others...

Does eating meat cause covid-19? 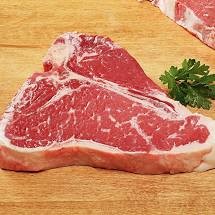 Wait up! Is this guy smoking something? Don’t we all know that the cause of covid-19 is the coronavirus? That’s totally a known truth, right? Ok so hear me out for a nanosec. Not a respiratory disease?? We all started off thinking that CV19 was a disease of the lungs. We now know that it’s really a disease of the lining of our blood vessels, the en...

Do Black Swans Come in Swarms? 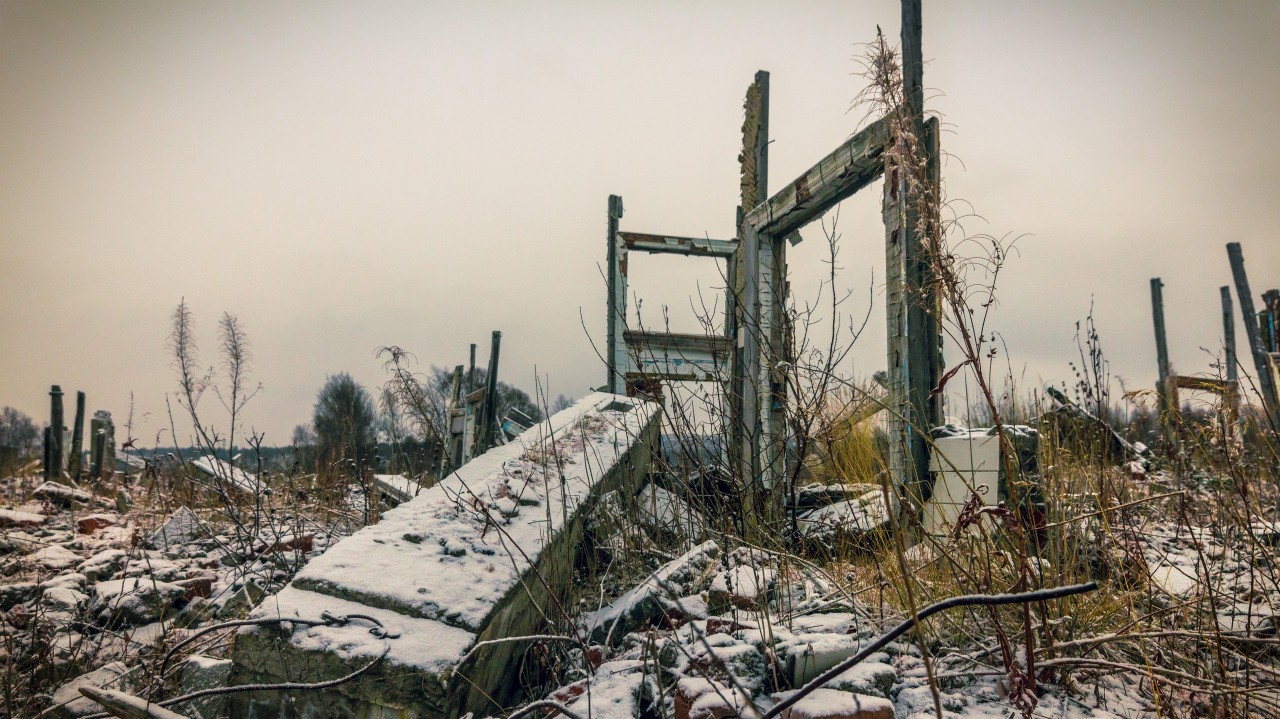 Yeah, I know. A group of swans is actually called a bevy, or, if in flight, a wedge. Not a flock, or some other name. You knew that, right? (I didn’t) Two down, plenty where they came from We have now chalked up two Black Swans (the pandemic, the Floyd Revolt) in nary a few months. Probably more on the way, soon. My question: when you get swarms of...

Screw-Ups R’Us I think its time we admit that the US totally bungled the whole coronavirus pandemic. Just about every other country did better than us, at least in the early stages. Less cases, less deaths, better leadership overall. But there’s a flip side. More contagion, more disease means more people exposed, more people with antibodies, more...

Will Covid-19 Cause Dementia? 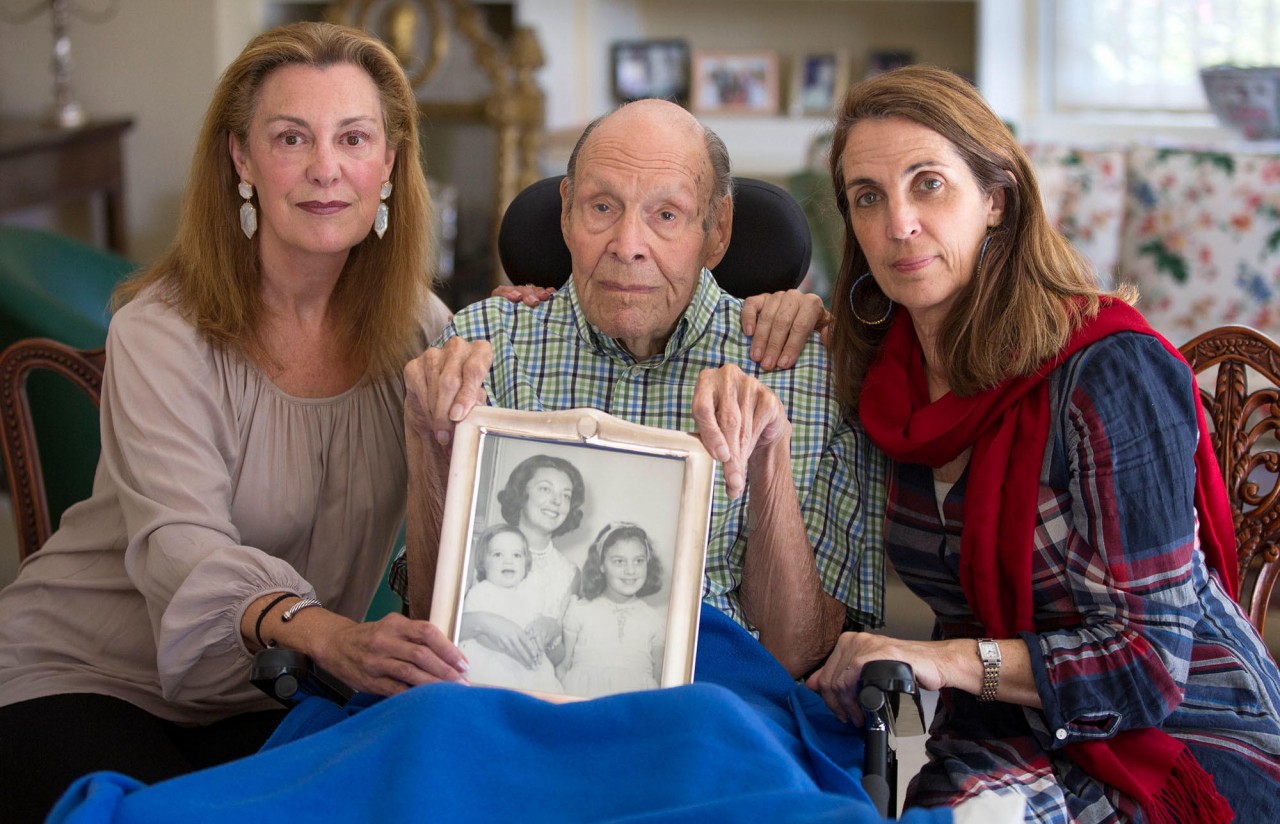 Not “just” a lung disease There’s a lot of terrible things about the coronavirus. We now know that it’s not just a pulmonary disease. It is also linked with cardiac problems and strokes. But there’s another potential problem that hasn’t yet attracted much attention. It’s the neurological impacts of the virus. We used to think that the virus led t... 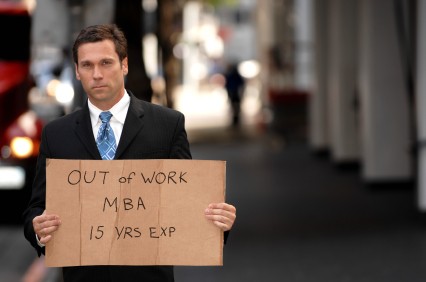 Is there a problem with MBA degree? And the people who earn them? Our research into behavioral finance (what’s that!!!) shows an inverse correlation between MBAs  (and any higher degree in finance) and business acumen. Just thought I would throw it out there to dispel rumors that the educated hoi polloi are going to be the movers and shakers to get...

Coaching Leaders in a Recession – It’s a Whole New Ballgame 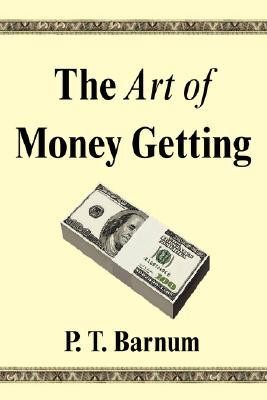 Before - Business Acumen for the Birds I don’t have to tell you now the world is a totally different place. Before it was BCV -Before Coronavirus. Now we’re just shifting into the ACV – After Coronavirus world. That world is totally different. My day business is leadership development. We have developed assessments that assess whether people will...

It’s the Other Epidemic That’s Coming for You 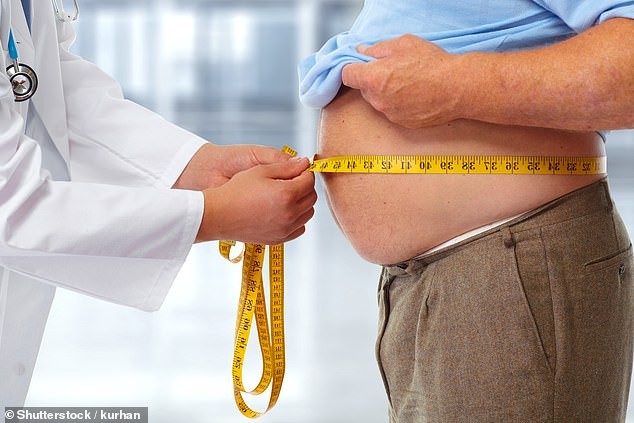 Too Big for our Boots I don’t have to tell you about obesity and its traveling companions such as diabetes. In a blog post I wrote on in February I noted that this is rapidly getting worse (“Can we avoid the Obesularity?” 27 February 2020). Well guess what? The next big progression in our collective BMI is now here! The BMI epidemic is going to get...

Coronavirus a Huge Opportunity for Almost Everyone! 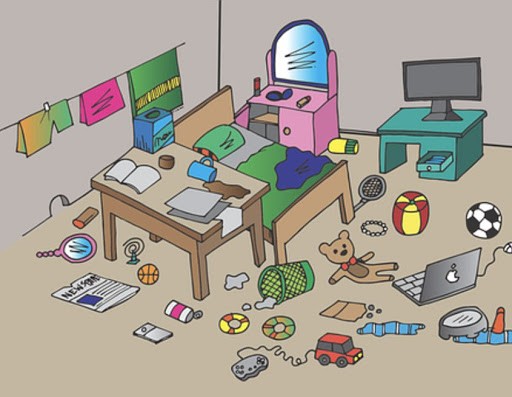 Move It!   What, is this guy bonkers or want? Probably. But then again…. Someone up there just gave you a month, or perhaps even more, to stay at home and in many cases do what you like. So why not take advantage of it? There’s not usually many offers like this in the normal course of the world. So yeah, I going to give you some ideas on how you ca...

Is Coronavirus Carried by Particles of Air Pollution? 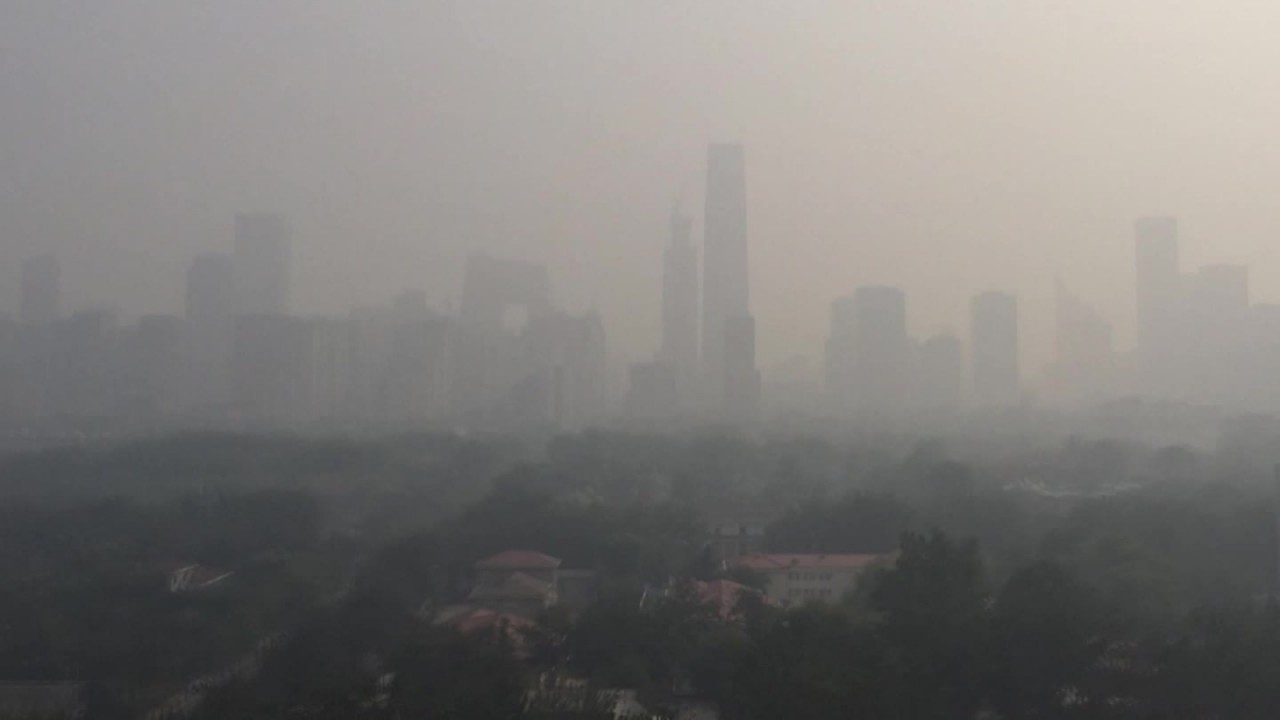 Those Pesky Little PM2.5 Critters? So why is the epidemic spreading so quickly in New York? Could it be air pollution? We know, especially from research into the severe air pollution in China that the particles in smog carry pathogenic microbes, including both bacteria and viruses (Inhalable Microorganisms in Beijing’s PM2.5 and PM10 Pollutants dur... 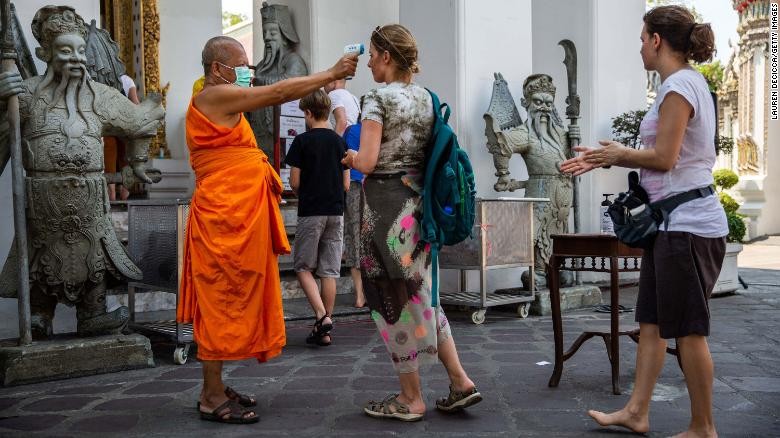 “They had learned nothing and forgotten nothing.” Talleyrand  Didn’t we learn anything from SARS, MERS and H1N1 and its variants? “The more things change, the more they remain the same”. Jean-Baptiste Alphonse Karr “To ignore history is to repeat it” George Santayana You get the idea. Doing Nothing Beats AI So here I was thinking that AI had fina...

Can we avoid the Obesularity?

Obesity is the new abnormal Did you notice the latest gloomy news on obesity? Namely, that on current predictions half of all adults in the US will be clinically obese by 2030. There’s even worse too; one quarter of all adults will be severely obese. That means they are at least 100 lbs. over their ideal body weight and experiencing conditions such... 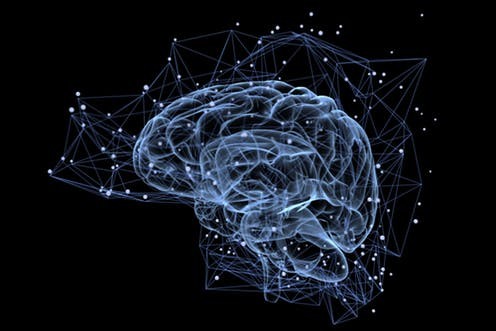 You know a field of knowledge is being popularized for the Great Unwashed once psychologists start to talk knowledgeably about it. So, it goes with quantum stuff; what was once the province only of the hard science literati has now entered the sphere of pop media. Quantum Cats Well kind of; cast a glance or two at this one - 'What is quantum cognit...