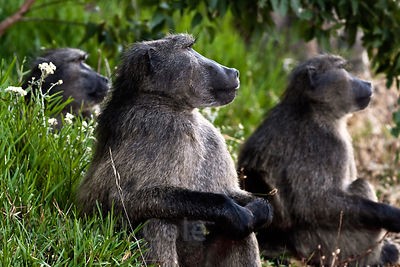 Did you notice that Richard Thaler just received the Nobel for behavioral economics? He’s the third; the first was Daniel Kahneman in 2002, the second Robert Shiller in 2013. Hmm, it took 15 years for the second and third prize to be awarded. Is that why economics globally is in such a mess? Why we still can’t predict recessions, the valuation of companies and do successful M&A transactions?

Let’s review progress in those 15 years, or the lack thereof. Universities almost universally still don’t teach behavioral economics or finance (BE/F), at least at the undergraduate level. Where people still try to apply it, it’s mainly in government for nudge stuff, which, while it’s got a few small triumphs, generally has little to no impact. Companies generally ignore it. The central banks still haven’t figured out what to do with it.

So the behavioral disciplines still haven’t had much real world impact, despite all the hoopla and the Nobels. The sad truth is that most companies haven’t figured out what to do with the science. Sure it conveys a bedrock basic truth – that humans don’t just make decisions rationally as we had always wrongly assumed in “modern” economics. But the framework is still largely theoretical without practical application.

You might say that all of this isn’t possible. I beg to differ. My company has developed psychometric assessments that measure certain key cognitive biases and thus can provide the basic data to allow this to happen. Check out my book (The Three Financial Styles of Very Successful Leaders: Strategic Approaches to Identifying the Growth Drivers of Every Company) which provides the theory and check here for the actual tools (Cognitive Alpha™ investment services).

Essentially this approach links innate behavioral biases to business, financial and commercial outcomes, measured using the same metrics as in ordinary financial statements. So it’s an alternative way of predicting corporate value. In this model valuation is a symptom of management behaviors. It’s a new approach; totally different from conventional financial and economic approaches.

And no, you don’t need to have a million consumers complete the assessments or even the management teams of companies to complete them either. There are techniques that enable this to be done from a distance, at least in part by social media data, data which wasn’t available even a few short years ago.

The problem is that the disciplines of economics and business are still back in the positivist economic stone ages when we still assumed that people generally make rational decisions. All those university professors out there are still preaching from that same hymn book, and so are their students who are now running companies and governments based on the same archaic content.

We forget that even once new scientific theories are developed, it can still take a long time – years or even centuries – for them to be accepted. Einstein developed his theory of relativity in 1905 but general relativity, the core of the theory (as distinct from special relativity which was accepted quickly), only became widely accepted in the 1960s, a lag of 55 years. And Einstein never received a Nobel for either theory; it was awarded for his discovery of the photo-electric effect. That was notable but not remotely of the same momentous significance as relativity, special or general.

It looks like this is how BE/F is working out now. If we date the discovery of these disciplines to the 1990s, we’re still on track to wait for another 20-30 years at least for them to take real hold. That means university professors in economics will still be teaching their old antiquated notions of economics until they die and beyond. Sad, as someone I know would say.

Why is this important? One of the implications of my team’s work is that you can do a lot of really neat things with behavioral finance that would do exactly what I mentioned above – inter alia help predict the valuation of companies based purely on the behaviors of its management team. It would be possible to build a database of behavioral ratings that would enable this to be done for all public companies and in the process upend the world of stocks and other financial instruments. Yes, predicting recessions, the outcome of M&A transactions and hedge funds which reliably make money would also be included in this ambit.

The investment world has defaulted to the wussy approach of ETFs and indexes because it has given up on a real science of investing. It has basically admitted it can’t achieve Alpha. In the process it has lost any claim to be useful to investors, big and small.

With the new and improved BE/F approach outlined above, it would be finally possible to restore Alpha. Now how cool is that?

Are humans a threat to AI?
Higher Dimensions the Next Step for AI?