Apr 08 Posted by etedprince in Government 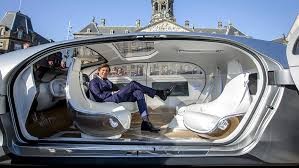 We’ve seen some strange things lately in the political arena, what with Brexit, Trump, and the upcoming political upstarts in Europe and so on.

So strange in fact that African leaders are now warning global leaders not to copy the West’s political systems, as did Rwanda’s Paul Kagame recently.

So strange that Russia’s Putin is now seen as a rock star in Russia (How Shirtless Putin Became a Rock Star President in Russia) and much of the world, even in parts of the US it seems.

My theory is that democracy no longer works when you get to the current levels of global population and the exploding number and intensity of interest groups who all think they should win.

An analogy is democracy is like driving a car in impossible traffic with every car thinking they should get the green light, and no-one else. So now you’ve got everyone trying to run the red lights at the same time. Democracy is just like this – it’s gradually breaking down as a system. What could we have in its place?

Well there’s good old-fashioned dictatorship and autocracy, which seems to be making a comeback. Is there even a future for any democracy at all?

OK, let’s go back to cars again. Self-driving obviously is in. Let’s assume that’s where it’s all going, for cars at least.

One of the big reasons for adopting self-driving cars is that it is (supposed to be) safer. Instead of having fickle, impulsive humans hogging their road, the computers do it for us. It should be safer, they say. I’m prepared to believe that.

If it’s good enough for cars, is it good enough for democracy? Is it the case that the only way we can make democracy work now is to take humans out of the equation? In so doing, would we take out the most volatile and unpredictable part of democracy?

OK it sounds like a joke right? But let’s think about it for a moment.

When democracy got its start in the 18th and 19th centuries, if you wanted to have a vote, it had to be via marking paper with pens and adding up the results by hand. Since that was time-consuming, expensive and inaccurate you couldn’t afford to have many voting events. Once every 4 years was about it.

But these days we could have 100 votes a day if we wanted. One any subject. For any office or issue. It’s just that while our social and economic systems have largely kept up with these new technological events, our political systems haven’t. Maybe it’s time they did.

It is quite feasible these days to have electronic instantaneous digital votes on issues as they arise, rather than allowing a candidate to dictate on the issues once he or she gets into office. So we can remove a lot of the unpredictability of individual leaders. We can make sure that if we get a crazy leader we can have an immediate vote to make sure they respond accurately and faithfully to We the People.

And like self-driving cars, self-driving democracy would be far cheaper. Think no Congressional and Senate representatives and their staffs. Not just in DC; in the States too.

That would mean much-reduced staff to wait on them, and many less bureaucrats to pander to their innumerable, often self-serving wishes. In turn that would speed up the process of government, making it so much more responsive to us serfs down below working the bilge pumps.

The potential of technology to transform our political system and the structure of democracy hasn’t really been explored yet. Its application would almost certainly be way more radical transformation than I or most people could imagine.

But given what’s happening out there with voters, political systems and all the many big bad wolves circling the wagons (sorry for mixed metaphors) it seems to me its past time we get up to speed with what tech could do for us to help a badly deteriorating global political situation. It might well be our last chance for a democratic future.

Even with the crazy idea of a self-driving democracy.