Are some headaches caused by gravitational waves? 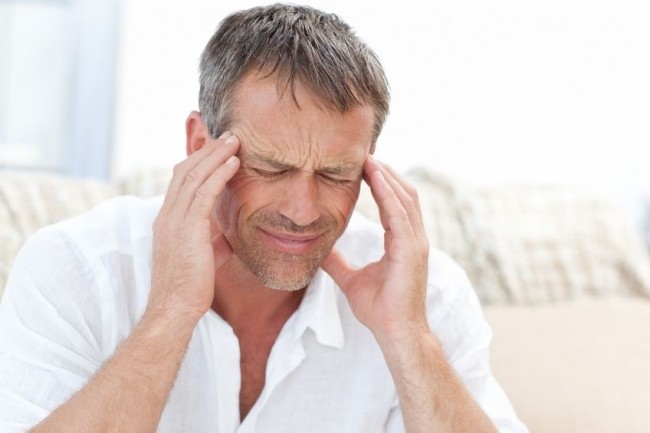 Yep, I know, this topic is way too out there to even consider. Whatever.

There’s so much news now about black holes, gravitational waves and the like that you just can’t help thinking of weird stuff, right? After all, newspapers (the few left, that is) still publish horoscopes and millions of apparently sane people believe implicitly in them.

Aren’t black holes just another class of celestial objects that should be in horoscopes anyway? As in “what black hole were you born in” once the boffins get around to naming them all, which will probably be a little more time that we all have left.

Anyway, to get back to the popularity of black holes now. LIGO (the machine that detects gravitational waves) has now detected a collision between a neutron star and black hole. That’s amazing right? Think about how far away they must be and here are we tiny little humans seeing it all happen, if not in real-time. Think about how much money this all cost! The machine is miles long and takes a lot of highly paid egg heads to run it. Wouldn’t it be nice if we could do it all much more cheaply?

So that’s what got me to thinking. I wonder if our brain can detect gravitational waves? That would be cheaper than LIGO right? Well of course that would be impossible, no? Our tiny little lumps of jelly being able to do what a gravitational wave detector mile long can do at enormous cost!  After all, who has ever claimed to have detected a black hole collision in their brain? It’s just too weird to consider.

But wait, if your brain really could do this, how would you know? It’s not something your mom would have trained you to do, or even your crazy Uncle Joe who has an interest in astronomy. And that, of course, presumes that the brain has some credible way of detecting gravitational waves, which of course, it doesn’t. Or so we think. After all it’s only been in the last couple of years that we knew for sure that they existed and could possibly be detected.

But the brain is an amazing piece of machinery itself and we haven’t yet figured out just about any of it. But…we now know that living animals use quantum effects in their daily lives. For those of you in the know it’s part of the field of quantum biology.

To wit. Birds appear to use quantum effects for navigation in their migrations. So the odds are very high that humans too use quantum effects in their cognitive, mental and physical functioning. We just haven’t identified them yet, at least not knowingly although there’s lots of unexplained mysteries out that that yet might be explained by quantum effects once our scientists get up to snuff in quantum biology.

And you don’t have to use quantum biology to identify strange functions of the brain that we currently still understand nothing about. Hear about the woman who can smell Parkinson’s disease? Hardly interesting when you consider that dogs seem to be able to smell many diseases such as cancer.

Of course, you must have some pretty powerful and credible thesis for humans being able to detect gravitational waves using their noggin. After all, these waves are unbelievably weak and even if the brain were, so to speak, smart enough to know how to detect them, it would still have to figure out the means.

How would it have developed the means anyway? Maybe by natural selection? What would be the evolutionary pressure there I wonder?

I’m not a scientist so fortunately I don’t have the peer pressure from putting forth a crazy idea like this. So, here’s my shot at the means that the brain uses in identifying gravitational waves.

It doesn’t actually detect the wave itself; it detects the harmonics of the wave, using brain circuits we have not yet specifically identified for that purpose but whose existence we know a lot about through music.

Harmonics are a key part of physics and can be used to detect and amplify waves that would otherwise be undetectable. The key component that could be utilized in harmonics would be what are called overtones, which are higher frequency waves that are a multiple of the original, rendering them detectable where they would otherwise not be.

In the millions of years of animal evolution, would it be so unbelievable that animals could evolve these capabilities, especially once we consider their usage of quantum effects, and many other effects at the quantum level such as the photo-electric effect?

Now these are all just the idle ramblings of my fevered brain. But who knows? Stranger things have proven to be true. The longer we all live and do more research the more we find things are hyper-connected in ways that even a few years ago looked like the most fantastical forms of science fiction.

So back to the topic of this post; yes, headaches, or at least some of them, could possibly be the reflection of a black hole collision. Of course, not so likely, but not so impossible. That piece of jelly up north is using all the tricks in its power to figure out that’s going on out there, even if you, its ostensible owner, doesn’t give a fig. So far it has figured out how to use quantum effects, harmonics and overtones, and that’s just the one we know about. What about the myriad of others we don’t?

Maybe there’s yet a Darwin to be born who elucidates the full theory of evolution that incorporates cosmological, rather than just terrestrial events? Maybe survival of the fittest also means those organisms best able to withstand shocks from outer space as well as at home in the burrow?

Is there anything practical here you can go away and use? Well, firstly I didn’t write it for that purpose so nuts to you. But if you must ask…

If you’re a migraine sufferer, the chances are that it is caused by chocolate, but it could be all those new-fangled wi-fi networks in your apartment building. Your doctor can’t check that out, so you gotta go further afield to find someone who does. Your 12-year-old daughter perhaps who is not yet a professional sceptic and is still open to the emerging wonders of the cosmos?

If you are indeed a futurist and mind-wanderer, start following LIGO and other gravitational wave detectors and see if they correlate with waves of neurological events around the world. That’s an interesting one to follow. And it’s that what Big Data and AI are for anyway?

And remember the Big Bang? If neurology really recapitulates cosmology our brains are going to get a lot bigger yet. When does the brain achieve its own singularity and expand to fill the universe?

Now that’s a headache to beat them all!

Quantum neuromarketing – can memes be entangled wi...
Is knitting the gateway to AI 2.0?