Could black holes be a source of clean energy? 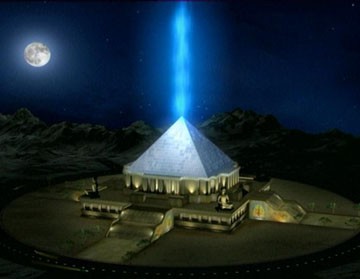 Did you see that astronomers have found tens of thousands of black holes at the center of the Milky Way? We used to think there was just one, albeit very heavy. There are black holes that have the mass of an entire galaxy and are growing at unimaginable rates. And they don’t just come in singles or even six-packs. They come in swarms!

So is the Milky Way now way, way heavier than we thought? How about the universe? Does this have implications for accelerating the Big Crunch? And so on.

I’ve recently blogged on black holes, for what it’s worth (“What’s really inside black holes?”). I surmised that the universe is really a mechanism to create and spawn black holes, no more any less. So this latest finding adds more fuel to that thesis.

We’re just talking now about a huge number of black holes at the center of one galaxy, our own. How about the trillions of other universes out there? If they are similar, this really presages a massive transformation in how we view the universe.

Here’s one issue. Astronomers made up the idea for dark mass and energy to account for matter they couldn’t see but that calculations predict must be there. It’s a cosmic accounting fudge actually, the less said the better. But if there are so many black holes, maybe we don’t need to invent dark amass or energy. Boom, there goes a few thousand tenured academic positions in cosmology at one stroke.

In my blog post I also surmised that black holes could contain ultra-high levels of consciousness based on totally new forms of matter inside the black hole. If such is indeed the case, there’s way more consciousness out there then we could ever imagine. Making us puny little humans look even punier. One for the theologians to cry over. Or maybe not.

But enough of all this useless hypothesizing. How can we use this discovery to put food on the table, so to speak? Can we make money out of it, I say!

Well if there are indeed so many black holes, that means there’s an awful lot more gravitation out there than we could ever imagine. That means tons more gravitational waves; you know the ones that LIGO has recently been discovering?

Waves carry energy, just like sea waves carry tidal energy. So actually all these black holes represent a massive free lunch for us all, if only we figure out to harness them. Since we now know there’s lot more black holes than we ever imagined, that means there could be loads of scrumptious free lunches out there for the taking, if only we can put our tiny minds to the wheel.

Of course, the energy in these waves is tiny. But that’s what we pay scientists to figure out. There’s got to be a way to amplify them right? How about quantum amplification (a me-original btw)? I have no idea what it is but I want my tax dollars to go to some imaginative scientists who can make it come true.

And here’s another thing. NASA has been trying to figure out how to make an engine to power interstellar space ships. Currently an ion drive is in vogue but we're far from being there. Solar sails are another trendy idea but as you move away from stars they aren’t much use. How about using gravitational waves from black holes to do the job? Maybe in conjunction with ion drives and solar sails?

Seems to me that the big win is (if we can figure it out of course) is for clean energy on Earth. Sure, there are other candidates but why not go for something really, really humongous? Fusion is still a dream so we need something with parsec-sized legs. Gravitational waves are the largest source of energy in the multiverse, so let’s get to it!

You might not find my idea of quantum amplification credible – what’s wrong with you?! But in that case this is what I suggest. We put up a LIGO detector in low-Earth orbit, or at the Lagrange Point between the Earth and the Moon. Since it’s up there in no gravity, we can supersize it so it can catch a decent amount of the gravitational energy buzzing around from all these black holes. Then we send the energy down to Earth by microwave. Voilà, no OPEC and everyone’s happy.

And I don’t think it’s just energy that black holes can contribute. How about communications? Can’t we use gravitational waves to communicate with each, just like electromagnetic waves? Something so the Chinese can’t hack us on? The collateral benefit being that we now have a handy way to communicate with all those aliens out there, or even the advanced beings inside black holes (presuming we can penetrate the Hawking fur on their event horizons).

Come to think of it, black holes could create lots more unicorns, provide a cure for the common cold, and finally give us richly deserving humans perpetual motion!

What’s not to like about so many glorious black holes?

Could augmented reality save affordable housing?
Can AIs suffer from mental health issues?