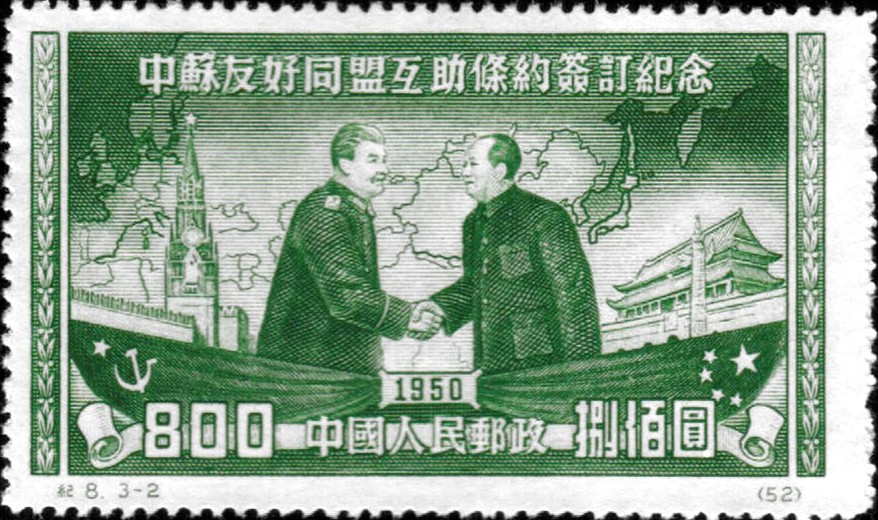 It looks like North Korea really has it in for the US. But what if the Dear Leader’s real target is China?

Now that sounds crazy right? China is North Korea’s closest ally. Moreover it is North Korea’s main trade partner. As the media constantly remind us, China will never move against North Korea because it needs the Hermit Kingdom to keep the Korean Peninsula divided and its enemies such as Japan and South Korea, not to mention the US, at bay.

Well never say never. There’s a precedent here. Remember that war between Russia and China which was supposed to have been impossible between the two Communist allies?

That’s when China was supposed to give its obeisance to Russia, its senior Communist ally. Remember when Uncle Joe (Joseph Stalin) kept Mao Tse Tung waiting for 3 days when Mao first went to visit him in Moscow?

Mae was an obsessively independent – totally paranoid actually -  sort of guy. He resented anyone trying to control him, especially the Russians. How so? Coz often the person you hate the most is the one you're are most dependent on because it’s a limit on your power, when not only do you not want any limit whatsoever, you want to be all-powerful. Remind you of someone? Is the Dear Leader resentful of China? In fact even more so than it is of the US? Sure seems so.

We may be looking at a repeat of the Russia-China split in the case of North Korea and China. There are reports that China has an ongoing huge military build-up on its border with North Korea.

Why would an ally do that? And, if so, what is North Korea doing in return (if indeed it didn’t do it first)? Can you imagine that the Dear Leader is happy with his huge neighbor arming against him? Rather, as a certified paranoid (shades of Mao again), it’s far more likely that he is responding in kind.

So who was his latest nuke aimed against then? Was it a warning to the Chinese rather than the US? If you were China, who would you be more concerned about right now, the US or North Korea?

North Korea is, of course, a huge thorn in China’s side right now. North Korea and KJU (Kim Jong Un) were supposed to just sit obediently and quietly and keep the capitalist pigs at bay. But its nuclear and military forays are instead driving powerful movements in countries such as Japan and South Korea to get their own nukes and to team up against North Korea. Butut that also means a tighter encirclement of China by its enemies.

China is now faced with an increasingly powerful encirclement which is largely being driven by countries trying to protect themselves against North Korea. When does China’s desire to keep the peace get eclipsed by its fear of encirclement? Chances are it wouldn’t take much to change that calculation.

What for example would happen if a radioactive cloud from North Korea’s nuclear tests (from a mountain collapse caused by the nuclear explosions) wafts over China’s northern cities and even makes it to Beijing to mix with the already toxic pollution it suffers from there? How about the Chinese populace suddenly going into panic mode due to fear about radiation poisoning? What about radioactive contamination from North Korea poisoning China’s already scarce ground water?

And what if Japan suddenly announces that it’s going nuclear, maybe assisted by nuclear experts from India? Or South Korea announcing that it will station strategic (not tactical – it’s already announced that) nuclear weapons from the US on its soil. Would that do the trick? Very conceivably.

You don’t have to posit a full-scale war between the two countries. China could send in a posse to neuter the Dear Leader. Or more likely a border war breaks out just like it did with Russia and China. That would upset quite a few calculations not just between the two newly-announced enemies, but also for countries such as Japan, India and Vietnam.

Who knows how India would react if China got into a border war with North Korea when it itself is in an unannounced cold but simmering war with China on at least two borders (Arunachal Pradesh and Bhutan)?

There’s a lot of stuff going on beneath the surface here folks. Both China and North Korea are upping their military capabilities aimed at each other as we speak. It won’t take much for that particular cauldron to boil over.

When/if it happens we’ll call it a Black Swan. In fact it will have been quite predictable.

Should nuclear proliferation be encouraged?
Are human writers becoming obsolete?