Is reading bad for you? 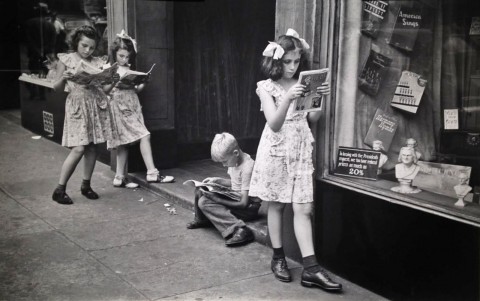 As a book writer myself I’m always interested to see who might want to read my books, or for that matter, any books. The bad news is that the book market is essentially flat, so doesn’t look like I’m going to make out with my book, even if it were a best-seller, which it’s not. The slightly better news is that e-books are growing a little faster but that’s only a small part of the market. So overall it doesn’t look like books are ever going to be a big deal again. Maybe there will come a day when there’s no books at all?

Is that telling us something? Is there something about reading books that is bad for you? Normally we elders like to tut tut and see what we see as the decline of reading as part of the moral degeneration of youth. All it can do is watch a smartphone or play games, which of course, have no redeeming moral or educational value whatsoever.

Clearly the new generations are into things what we consider to be the inconsequential fare of social media, games, video and now, virtual reality. It’s going to get more immersive and, at least in the telling of my fading generation, going to move even further away from the reflective experience that book readers like to consider embodies their moral superiority.

The conventional wisdom goes that book reading is a reflective, uplifting experience. Social media, games, video and virtual reality (between us folks, the fearsome four) is just for those with itchy trigger fingers, in it just for the transitory high of the moment, with no redeeming upside other than actually having to read something, God forbid, like an error message on the screen,.

But what if it’s the reverse? What if the fearsome four give you experiences that are actually improving your ability to react in far more sophisticated ways to life, love and reality? What if these new media are in fact vastly more educational, but just in different ways? In that case, isn’t reading actually holding you back?  Weighing you down with an educational and experiential version of reality that’s several centuries old?

In what ways would the fearsome four be better than books? Want to fly a drone/go into the military? Manage and customize a self-driving car? Set up and amaze everyone with your multi-city family entertainment system? Lead a city? Simulate your next unbelievable vacation to Titan and Europa? Explore a new city/environment/job skill? Simulate and explore the ideal job/romantic partner/career? And so on.

Humans are animals with a strong sense of curiosity. In fact we can get so obsessed with addressing this urge that we can become addicted to whatever sates it. Gutenberg invented not just a printing press but a drug – books that sate curiosity such that book obsessives such as me can get our fix.

The curiosity fix since Gutenberg for curiosity-seekers has been the book. But life moves on. Books have long since passed their past-due date. The fearsome four are vastly more effective at satisfying our curiosity addiction. That’s why millennials (sorry guys) are ultra-obsessed with what goes on in this (to them) fabulous foursome universe.

The new generations are voting with their feet, or rather their fingers. The new media are just more effective at meeting their need to satisfy their curiosity and to provide new and exhilarating experiences than books.

To the oldies books still do the job, since they have become hooked on that particular drug. But books don’t have the sheer shock and awe firepower of the new media. While we book readers just get hooked on tame mental cannabis these new media amp people up with the intellectual fentanyl of our times. Books are for wussies; the fearsome four for the extreme-cybersports junkies.

Some might say that books improve you. They probably do. But probably not anywhere near as much as the fearsome four, even though how they improve you is very different. While books might make you a better and more learned person they don’t improve your alignment with 21st century reality in the way that the fearsome four do.

And who cares about being more learned anyway? Whatever you need is all on Google. These days no-one actually needs to read a book to get information.

Life is different these days. It’s much faster, increasingly online and immersive. People now work in a marketplace where it is assumed you can use all or most of the amazing online capabilities now available to most of us. If you can’t use them, you’re an anachronism; maybe a lovable one in this day and age, but increasingly irrelevant to where the world has already gone.

In an absolute sense, reading isn’t actually bad for you. In a relative sense it’s very bad. For every hour you spend reading a book, you have lost an hour catching up to the swift-moving cyber train leaving the station without you on board.

Each one of those lost hours represents lost opportunities doing things that people of the 21st century have to do to be productive and produce meaningful work and output that will help not only themselves in a personal sense but also the wider world generally.

So yes, reading is bad for you in that sense. Bad for yours truly too, since I am one of those voracious 20th century book-reader types against whom I have just railed.

If you are a fearsome four millennial-type or similar, keep on doing what you’re doing now.

If you’re like me, either change, or resign yourself to a genteel, literary and unconnected retirement.

AI is heading in a wrong and terrible direction!
Are celebrities better venture investors than the ...