The first Tesla on Europa? 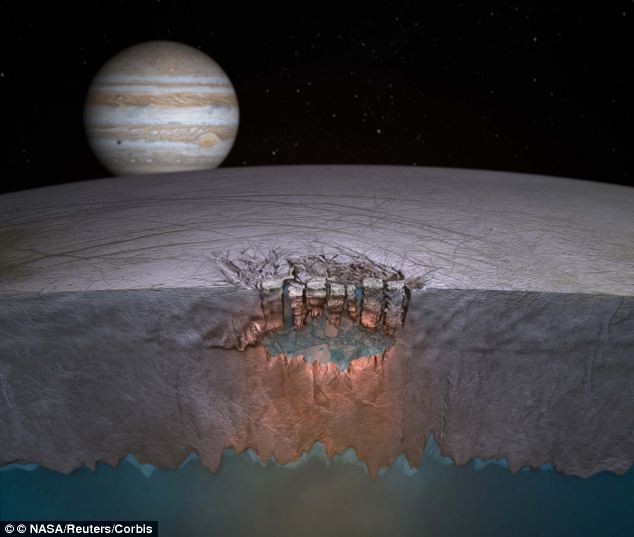 The amazing Musk has done it again with the Falcon Heavy! Is it possible he did even more than he told us?

According to news reports the original SpaceX launch plan was to get into Mars’ orbit, but the space module overshot and is now on its way to the asteroid belt, where it would presumably be lost. Such a pity.

You can imagine the SpaceX guys with Musk: “Sorry boss, we meant to get into Mars orbit but we screwed up the calculations by a factor of 107 so we were several billion miles off and you’re gonna have to hike it to the Kuiper Belt to get your favorite Tesla Roadster back. Not a big deal though, we can do another!”

Musk: well-known for his amiability and unflappability “No problem guys, you tried your best and I understand that it was not good enough, so we'll keep you all as yet more failed employees of Musk, Inc. and waste another $100 billion. You’ve all been very good boys. Don’t worry your pretty little heads with this trivia”.

If you believe that you haven’t read the biography of him by Ashlee Vance (“Elon Musk: Tesla, SpaceX, and the Quest for a Fantastic Future”). Or you believe in space fairies.

So what do I think really happened?

Musk is a promoter extraordinaire. That’s why he put the Tesla Roadster in the payload of the Falcon Heavy. Neat marketing huh?

Nope, kind of boring, been there done that. OK so what would be better than that? How about putting the Tesla in Mars orbit ready to be landed on the planet for a surface jaunt to race Opportunity, which of course would lose? Maybe but the Tesla overshot remember?

And these days everyone is going to Mars. Even the US government and NASA, which of course are hopeless at doing anything, can get there these days. Just like an interplanetary version of Naked and Afraid.

Bezos is doing it, Richard Branson wants in on the act. Even the Russians, Chinese, Indians and probably the North Koreans are gonna get there too. So Mars is like the Boring Company, except really boring. No point in doing that if you want to be really ultra-spatially cool.

Cool, hmmm there’s a thought. Ever hear of Saturn and Jupiter? They’ve got all these interesting moons like Titan and Europa. They are really really cool, in fact positively frigid. Chances are there’s real life on them, nestling coolly in their subsurface oceans.

On the other hand, anything resembling life on Mars probably died off several billion years ago when the original Martians, from whom we are no doubt descended, snuffed themselves out with pollution, nuclear weapons and too many trans fats

If you were a promoter extraordinaire, would you go for a dead planet with no life that all the Earthly hoi polloi have now discovered, or live planets with real honest-to-goodness life that no other Earthling has managed to colonize yet? If SpaceX could beat NASA, Bezos and the Chinese to Europa or Titan, would that count as the biggest coup of all time? You betcha!

Now of course these are all the wild imaginings of a died-in-the wool promotional sceptic. But I think you’ve got to think the way Musk thinks. Why throw away several billion bucks’ worth of hardware when you could make a splash the size of the whole Solar System? Doesn’t Mars sound like it’s the same old s***, at least to an ultimate thrill-seeker like Musk?

Even if my thesis isn’t true I really wish it would be. We’ve all come to expect wild things from Musk and this fits the bill. Mars just doesn’t cut it for me, just not part of that swashbuckling space image. If space isn’t about reality TV and entertainment, what is?

But overshoot? No friggin’ way!

Is blockchain a bubble – and compromised too?
Will quantum bitcoins be free?