We urgently need a Manhattan Project for Alzheimer's! 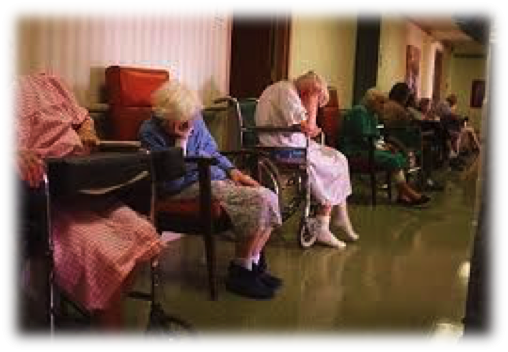 Here’s some really bad news. Pfizer has just terminated its work in developing a drug to cure Alzheimer’s. Obviously Pfizer has thrown in the towel. Here’s some more grim news: Axovant has just announced that’s its Alzheimer’s drug just failed its trials. There have been a long series of failures in this area (“The List of Failed Alzheimer’s Drug Treatments Keeps Growing”). These are just the latest examples in an increasingly dispiriting situation.

Unfortunately I predicted this myself some time ago (“Maybe Alzheimer’s isn’t a Brain Disease?”). I pointed out that amyloid plaque theory was just not working out and looked to be false. I cited other research which pointed to a completely different cause and asked why that approach wasn’t being supported.

It wasn’t that I thought this new approach was necessarily the right one. My thesis was that scientists working on Alzheimer’s were all in the vice-like grip of terminal group-think and we needed some fresh air in the research. I suspect that Pfizer has just come to the same conclusion.

Sometime after my post there was news that there might be some new blood. Bill Gates made a $100 million personal investment to fight Alzheimer's. That’s good. But I doubt whether $100 million is going to cut it, although at least it will shake up the field. After all the big pharmas have spent billions so far, to absolutely no avail. The NIH spent $1.35 billion last year on Alzheimer’s research. To my admittedly inexperienced eye this looks like it’s going to take billions to figure out.

I’m sure I don’t need to tell you how serious the Alzheimer’s situation is. Here’s some facts:

A few other facts:

I’m an American and many of my blog readers are overseas, in numerous countries. It’s the same there too. Sometimes even worse because of the lack of public health support. It doesn’t matter if you look at the biggies like China or the smallest like Luxembourg. Everyone has the same problem. The statistics I cited for the US are the tragic mirror-image of the situation in those countries. We’re all in this together.

So you might think that even if this is bad, cancer is worse. But we’re winning the war against cancer; many cancers are now curable or at least can be controlled over the longer-term.

But Alzheimer’s is forever. And once someone gets it, it ties down others who have to give them care, often 24/7. And let’s just state the bald truth. We haven’t made any progress whatsoever with it, unlike cancer.

We still don’t even know how the brain really works. The Federal Government has launched the so-called BRAIN initiative to promote basic research into how the brain works. But tell me this: what is more important right now, finding out how the  brain really works or solving the Alzheimer’s problem? My money is on fixing the dyke before we’ve all drowned. Draining the fens can come later.

We have to recognize that Alzheimer’s represents a massive societal failure in healthcare, as well as socially. Once big companies start pulling out what else is there to do? Do we have to wait for more failures and more surrenders before we finally get the message? It’s time for real, hard-core action.

I firmly believe that the US Federal Government needs to launch a Manhattan-type project to find a cure. And the project needs to examine and explore different and even radical approaches not just one approach, whose narrow-mindedness doomed it to failure this time around. I can think of several candidates:

If an ignorant layman like me can suggest some different possible approaches then people with real insight can figure out many more. It’s way past time to start thinking outside the box.

But when we do this, as I’m sure we will be forced to, we need to set up the project so it can’t be ruled by group-think as it has been so far. It’s not just company scientists involved. Probably the worst offenders are the pooh-bahs in the NIH. How can they spend over $1 billion in just one year and still get no results!

We’ve got to get the NIH out of the process or see how they can be watered down. They are totally the wrong people to lead a breakthrough project such as the one I envisage. Otherwise they’re going to play favorites again and we’ll never find a solution.

The Alzheimer’s situation is a rapidly-mounting crisis. It’s here and now, unlike North Korea, national health care and the Middle East.

Let’s fix this before it affects you and me.

Dinosaur DNA on Mars?
Is innovation a disease?