What comes after LGBTQ+? 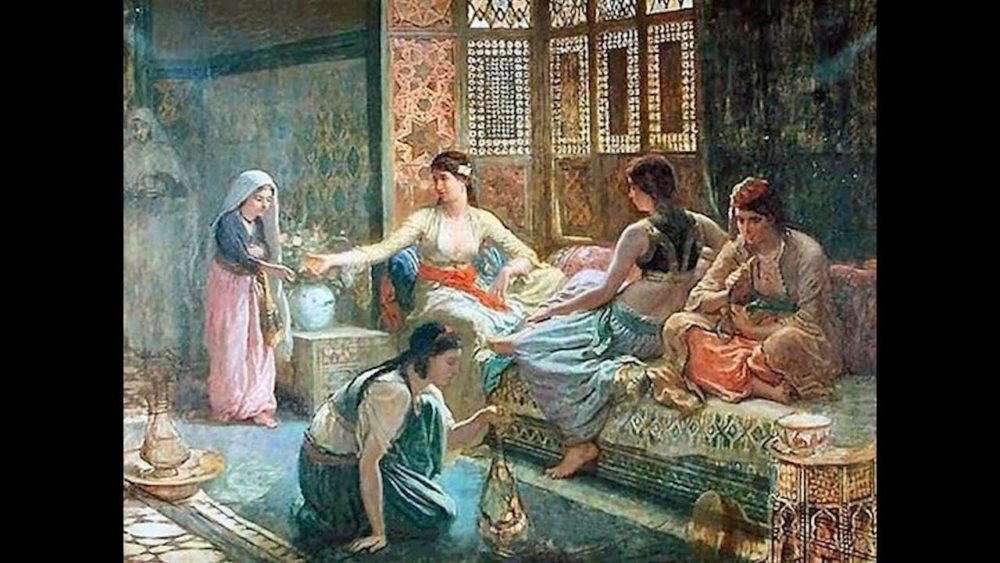 I guess you saw that the Supreme Court just ruled in favor of a transgender student, siding with him in the use of the bathroom of the gender he identifies with? There’s those who will see this as a victory for human rights. There are others who will roll their eyes that it’s come to this.

For many people LGBTQ+ is already pushing the envelope. But not for others who will see it as yet another step towards an even broader definition of human rights in the area of gender identity and sexual rights. What could that step be? Is it possible there’s even more to come?

Well just to shake things up even more, check this out. South Africa is considering a bill to legalize polyandry, that is, the marriage of one woman to multiple men at the same time. Is that radical enough for you?

Natch this is raising a regular brouhaha. Not that there isn’t some precedent. South Africa already allows same sex marriages and polygamy is legal there too. But the polyandry idea is taking things a giant step further (or backward, depending on your perspective).

To digest this marital morsel, you’ve got to be aware, and comfortable with the concept of polyamory, that is, having multiple relationships at the same time, gender not an issue. Strangely enough while polyamory might seem radical, it’s not so much.

How about open marriages for one? What about common adultery? More to the point these days, its well-known and understood that for many LBGTQ+ people, polyamory is normal, even aspirational.

Polygamy is illegal in the US but it’s quite legal for people to cohabit and have sexual relationships with each other, irrespective of gender. So, it’s also OK for a woman to cohabit with multiple men, although that’s probably unusual. It’s also not illegal for a man to cohabit with multiple women, as long as he doesn’t marry more than one of them. In that respect polyamory is already part of the lore of the land even if it isn’t part of its actual law.

Polyandry though is a different kettle of fish because it’s globally quite rare. Only a couple of societies have ever allowed it (Tibet and the Marquesas Islands, if you must ask). On the other hand, historically, it has existed informally on a larger scale. So, it’s not totally outside of traditional experience, and where it is a practice, it is often covered up for all the obvious reasons.

So where am I going with this? LGBTQ+ has already been there done that. The gender and relationship activists are on the case. The battles over sexuality and gender involving two individuals have been fought and are – arguably I guess – largely being won. Society is moving decisively towards the idea that it’s a human right for anyone of any gender or sexuality to join up with any other person they like as long as it’s not abusive or underage.

What’s a number that’s greater than 2 and less than 10? That’s the next frontier. Shouldn’t it be a human right for me to have any sort of cohabiting and sexual relationship not just with anyone I please but with any others I please? We allow it anyway, as long as you don’t need it to be legal and enshrined in a document of marriage. If a group of peeps are happy with what they are doing together, why should anyone else care?

In other words, the next Big Step is polyamory, but not just any old polyamory. It’s legal polyamory so that we make sure there’s provisions to protect kids, and partners from being dispossessed in the case of divorce, because obviously there’ll be that too.

Polyamory is the next frontier. See for yourself at 'I Began a Polyamorous Relationship In My 40s' in Newsweek, a non-highbrow (sorry Newsweek) e-mag, giving you the view from the middle-class.

Polyamory is already here! The only thing left is for it to be legal, so you can openly show off your multiple trophy wives and husbands to your friends and work colleagues knowing that you’re not going to be put in the slammer.

Folks, we spend trillions of words envisaging and implementing the future with numerous innovative technologies and ways of communicating. But we’ve got to think about human relationships futures too coz it’s happening in the here and now, no matter what we think and do.

So what’s after LGBTQ+? It’s LGBTQP+ where P is for polyamory!