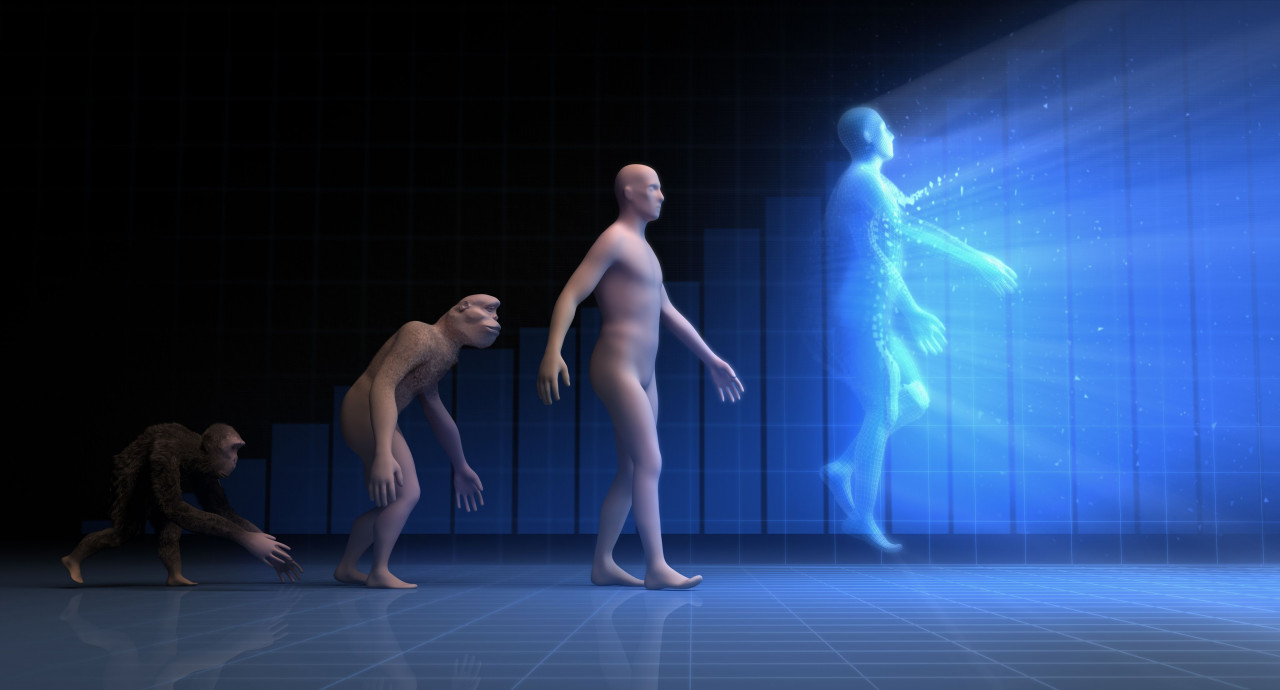 When/if we see aliens, they would have evolved from where they were when we first saw them. But could they have evolved backwards?

There’s Gold in Them Thar Hills

The James Webb telescope is getting into its stride. Now its discovered active atmospheres on exoplanets. The telescope has actually made an inventory of the chemicals in the atmosphere of a planet 700 light years distant! Amazing stuff!

The big question now is if it will discover alien life. That’s a biggie. Since NASA is the responsible agency, the even bigger question is how to handle the PR. Will there be mass panic or just a big yawn? (“How should NASA break the news if it discovers alien life in 2022?”).

One of the questions that most people won’t understand, other than the mere fact of what an alien actually is (well…), is how old the presumed alien civilization is or if there is no such entity, how long these aliens have been around.

Just remember that it’s likely that any we find will be located millions of billions of light-years distant. That means when we have detected them, they will already be millions or billions of years old. Will they actually be there now, even though we can never hope to answer those questions due to the stupid lethargy of the speed of light. And even presuming they did exist “now” in the “present”, will they still look and be the same?

Question 1: can an alien life form exist for millions or even billions of years, and still be exactly the same? Does evolution as we know it in the Darwinian sense work elsewhere, no matter the forms of cosmological or planetary environment? Does it work even if there is a cosmological constant difference in the local neighborhood?

But what if they do not evolve at all? Is there such a principle as an anti-evolutionary law that dictates that it is impossible to evolve in any way? If so, what is the principle that would defy evolutionary change, or even any change at all?

You Look So Different these Days

The chances are these aliens will be completely different. Let’s assume for the moment that, no matter the physical and biological environment there, that evolution as we understand it still prevails, that there is a meaningful proposition that there is a principle of the survival of the fittest. Then we can try to figure out from first principles what the aliens will actually look like now.

But that’s a bold and maybe reckless idea. Maybe there’s a form of evolution out there but it takes a completely different form to the sort of evolution we know now.

Maybe evolution is a quaint and a meaningless term that was invented by intelligent apes on Earth that has no relevance on planets or suns where a proto biology is based on “rocks” at a temperature of 10,000 degrees.

Grass is Greener in Your Multiverse

Come to think of it, do we need to search in different dimensions in order to find said aliens in the first place? Could evolution be a dimension variable where how evolution works is formed by the different topologies in that dimension?

Could aliens evolve backwards? Maybe in that particular universe, time goes backwards so when we actually track down those pesky varmints they have simply disappeared, since the entropic principle presumably still exists and there’s no energy left to play with. Maybe in this universe when we finally find aliens that is their most evolved state? So, to see what they look like “now” we have to trace their evolution backwards in time to maybe several billion years beforehand?

Could aliens who are advanced enough have figured out how to reverse evolution, maybe as part of a drive to defeat biological aging? Could finding aliens show us the secret to prolong life on a cosmological scale?

Could this then lead to how we view terrestrial evolution? Could epigenetics be another quaint process that has little or no material impact in evolving species where the real driver is the evolution of quantum particles which eventually pushes us all into different dimensions? Are there other evolutionary vehicles other than genes and epigenetics and methylation?

You Look Younger Than Before

It seems to be that in the discussion of aliens, the James Web Telescope and its potential ability to decipher what might be on exoplanets we’re ignoring the time dimension. Even if we account for evolution, it might be that we should subtract time, not add it.

And in thinking about this, have we started to think about what evolution really is in an expanded multiverse of different constants, different dimensions and different definitions of time?

Is evolution just another component of relativity that Einstein forgot to include?