Does Exercise Really Make You Smarter? 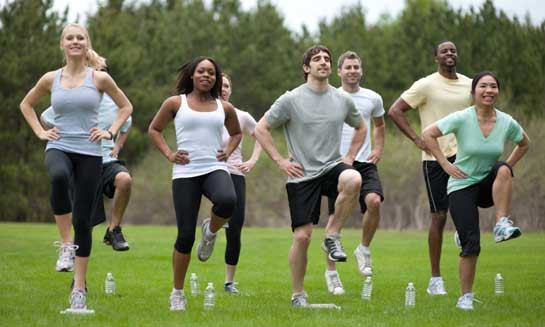 We’ve been schooled into believing that exercise improves cognitive performance. Now we have a scientific trial that says it doesn’t. What do we do now?

Once every so often you get data that upsets the whole applecart. Here is one of them. Researchers at the University of Washington and the University of California San Diego have completed a trial to see if exercise improved cognitive performance in older people.

Oh, btw the study also set out to see if training in mindfulness also stimulates cognitive performance in the elderly. It didn’t do that either. But that’s not a surprise to me so I won’t cover this aspect although I’m sure it will offend some believers in mindfulness and meditation.

The exercise study has been published in the Journal of the American Medical Association. So it has good provenance and probably good design. These are respected researchers we’re talking about here.

The so-called link between exercise and cognitive performance has singlehandedly been responsible for millions of people taking up exercise. I’ve been a runner for 30 years and this belief was foundational for me.

I had some authoritative influencers, such as the highly authoritative Centers for Disease Control with its advisory that “Physical Activity Boosts Brain Health”, memory and thinking skills. Harvard advises us that “Exercise can also boost memory and thinking indirectly by improving mood and sleep, and by reducing stress and anxiety. Problems in these areas frequently cause or contribute to cognitive impairment.”

And the influencers all had a common thesis, namely that exercise leads to your brain making new neurons thus keeping it young. If you exercise you stop the process of the decline of the brain through losing neurons as you age. What’s not to like?

In fact, according to Aunty, the BBC, exercise increases IQ. We all want a higher IQ, right? Does one need any more reasons?

There are yet more apparent urban myths which go along with this narrative which we all know, love and fervently believe namely, Increased heart rate, which pumps more oxygen to the brain, the release of hormones for the growth of brain cells, higher brain plasticity by increasing connections between cells. Yada yada, isn’t that what the exercise believers and literati developed in the new athleisure sacraments?

You Can Fool Some  of the People All of the Time…

So, is two or so generations of research wrong on the exercise-cognition link? On the surface sure appears so.

The authors of the article believe that previous studies were too small and too unrepresentative and so missed what was really going on, which was, as it appears to have turned out, nothing. In addition, these studies were mainly epidemiological rather than case-based and got lost in the data. Their case ultimately renders down to wishful thinking – we believed what was not true because we all fervently wanted it to be thus. And thus, it became.

But (as usual) I’ve got another alternative theory. It goes like this.

The study had some 585 participants. All were elderly, between the ages of 65-84. This is a group of seniors. To the best of my knowledge there haven’t been any studies that research this link inasmuch as it relates to ages.

Is it possible that the exercise-cognition link does indeed exist, but that the main variable is the age of the participant. Since the link is supposed to be dependent on the ability of the brain to create new neurons, isn’t it likely that this would diminish with increasing age? If so, if we looked at the linkage in younger cohorts, we would expect to see a positive correlation between exercise and cognitive performance but one that diminished with age.

Maybe by the time you get to the age of the participants in this study the link doesn’t work any longer Indeed, we might expect that as age increases the link would be negative above a certain threshold.

But that could well mean that the impact of exercise on cognitive performance might still be positive even though the actual measurement value is now negative, the exercise worked but the resulting positive impact on cognition processes resulted in less of a jump in cognitive performance and probably led to a lower decline in cognition than if there had been no exercise at all.

In other words, the results of the Washington/University of California trial could be exactly what we would expect in a human population in which brain aging almost always result in a reduced number of brain neurons

This trial happened to focus on the oldest people whose net neuron creation, in this perspective, is negative. Had they had younger people in the study we would have seen the results they expected, especially if the trial was large enough to be able to yield statistically significant results across several cohorts categorized by age.

And, btw, we would also expect in elderly people that exercise would increase cognitive performance for some of them even if only a few. In the remainder it could mean that they do better than otherwise.

What if the study really is right?

That’s one thing we have to consider. Maybe even if my age thesis is correct, it could still be the case that exercise doesn’t work to improve cognitive performance in older people.

That doesn’t mean that exercise still won’t help you be healthier than you would otherwise have been. In that process it might still result in collateral benefits such as better mental health, a feeling of well-being and an integrative process in becoming better at living.

So, my advice is to keep on exercising until more research has been done and we have more insight into what it all means.